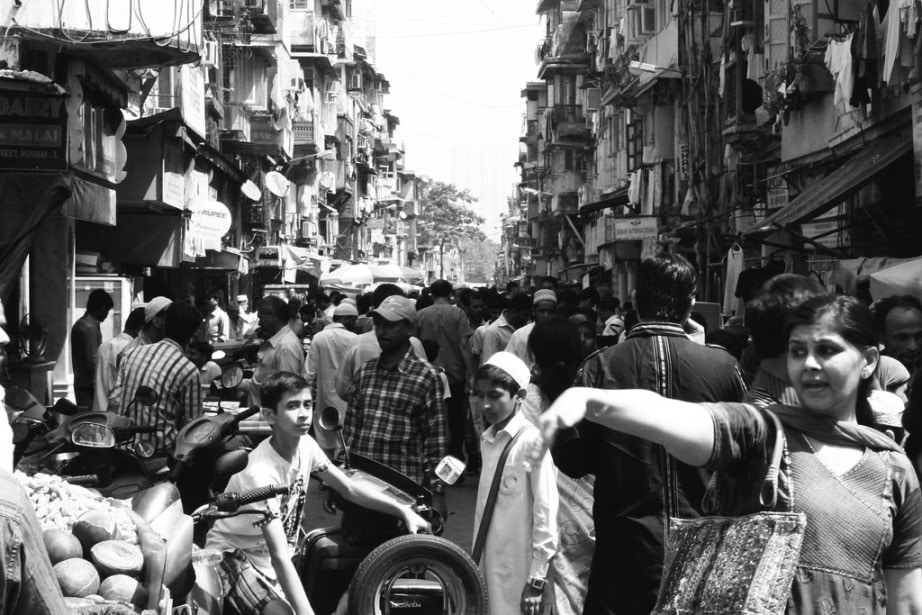 Travelling always leaves a mark on us, rather be good or bad. Travelling teaches us about the world, homelands, ourself and constructs unforgettable memories. The consequences always come after the spell, meaning the tourists leave happily leaving behind a lot of waste.

As the year is about to end most of us might have perfectly enjoyed our holidays. Nevertheless, some of us were stuck in traffic for about 5 hours is energy wasting. 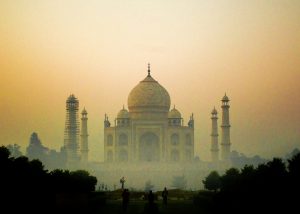 About 3,27,366 tourists visited Leh in 2018 itself. There is about a 6.2% increase in tourist numbers visiting Shimla. Bizarre truth depicts that the tourists have dumped about 2000 tonnes of garbage in Manali. At present people favour travelling by cars, bikes that leads to air pollution.  In 2019 destinations like Shimla, Nainital, Rishikesh and Manali have noted huge tremendous traffic.

The number of tourists has increased now. There are some places where tourist visit enormously in huge crowds. The huge crowds lead to one of the biggest downfall i.e Traffic. At times we can opt for exploring places which are not much crowded. Visiting such destinations is much more worthy as we avoid traffic and the surge of people. 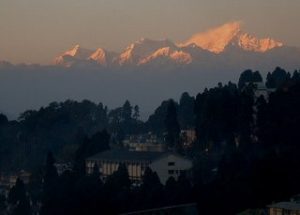 Darjeeling is one of the most well-known hill stations in India. From childhood itself, we have heard about Darjeeling. About 6,00,000 Indians and 30,000 foreign tourists visit Darjeeling annually. Due to extreme crowds visiting Darjeeling can be hectic for us.

Worse, hotels run out of water during the summer season and traffic jams are so common that it hampers the whole fun of being in Darjeeling. The small roads may look good in pictures. True trouble arises when travelling through the small road. During peak hours traffic triggers from 8:00 AM and ends at 9:00 PM.

Cars move just as time flows in a desert. Darjeeling has got huge attention but as tourists rush to visit, it creates disappointment in tourist. Air pollution is constantly increasing while some of the tourists are facing breathing problems. 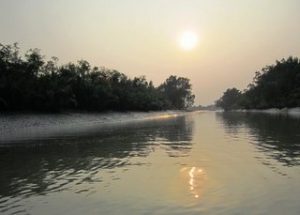 Known for its thick heavy mangrove forests. Sundarbans is a Tiger Reserve and a Biosphere Reserve that provides a complete nature guide to the tourists. It has a large variety of birds and reptiles.  The Sundarbans is a bunch of low-lying islands in the Bay of Bengal, spread across India and Bangladesh. September to March are the finest months to visit Sundarbans, the winters being the most delightful duration in the territory. Summers are mostly hot but it is the best time to visit the wildlife sanctuary. 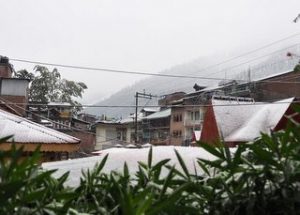 Manali is a town residing in the mountains of the Indian state of Himachal Pradesh.

Manali has observed depletion of forests due to unplanned constructions. There has been a loss of fauna and flora as well. The roads are always under repair which leads to the accommodation of vehicles at one place only.

Recently tourists have left about 2000 tonnes of garbage in open. Environmental degradation, climate change, and the rise in Plastic pollution are mostly caused due to the heavy flow of tourists. With the rise in the economy number of both private and commercial (taxis) vehicles have increased in the valley.

Tourists visit Manali for about a week or a month. Manali has a garbage plant but this year as tourists have left more than 2000 gallons of waste, there’s no space in the plant. Tourists enjoy the trip but the side effects arrive after they leave. Garbage is thrown into the sea. Mountains can be easily seen but made of garbage. 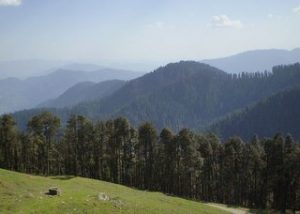 Shojha is a small hill station in the lap of Himalayas. Shobha is still expressing its natural shine over the Himalayas. Jalori Pass, Serolsar Lake, Tirthan Valley are astonishing places to visit in Shobha. Located among the Banjar Valley, the village is flecked with several temples made of wood.

The winter season experiences teeth-clashing cold, so try and avert that season or carry heavy sweaters with you. 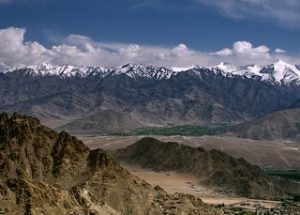 After the movie 3 Idiots, Ladakh experienced a marvellous increase in the number of tourists. Ladakh is also referred to as Little Tibet, also popular because it is home to one of the purest remaining examples of Tibetan Buddhist culture.

Attracted towards the culture, the Buddhist monasteries and dramatic mountain vistas. Before tourism, Ladakh had no waste problems but now the garbage itself is polluting the water and land. Currently, Ladakh is facing huge water problems. As many as 2,26,771 tourists visited Ladakh in 2019. 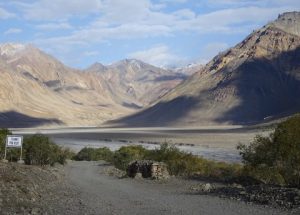 Spiti valley is situated in Himachal Pradesh and well known for trekking. The term Spiti means “The land in middle”, i.e the land between Tibet and India. Spiti district is surrounded by high mountain ranges.

Spiti valley is well known for Buddhists culture.  The mountain ropeway from Kibber to Chichum is also another prevalent tourist charisma that offers astonishing views of the surfeit below, as well a bird’s eye view of the surrounding peaks.

Road trips on Motobikes & SUVs are another major attraction in the Spiti Valley. 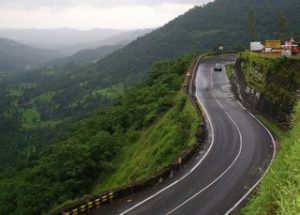 Surrounded by gigantic mountains, rivers, forts, beaches have made Konkan attractive over the years. Konkan is also the birthplace of Shivaji Maharaj. You can opt for travelling by road or train. Constructed spirally on the mountains itself. These roads are dangerous for driving.

The roads are not repaired from ages and led to potholes. In Ganeshotsav, there was a huge rush of people visiting their homelands. There is only one road that too has several holes and car accidents are frequent during monsoon. The task of filling the potholes is quite challenging said by the highway traffic police.

About 28,000 private vehicles, 5028 buses(ST and Private) and massive trucks also pass from this road.  Stuck in traffic for more than 4-5 hours takes a big toll on us. 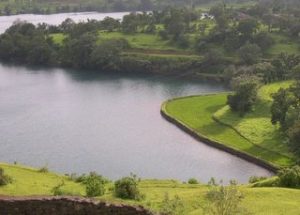 Angling is a spot where a variety of fishes can be seen. Despite suitable for a visit any time of the year, Bhandara reveals its enchanting spell in the monsoon months of June till September when the climate is cool and airy as contrary to the summer when it’s hot and muggy.

The native cuisine here is dominated by Maharashtrian food with a mixture of South and North Indian cuisines. 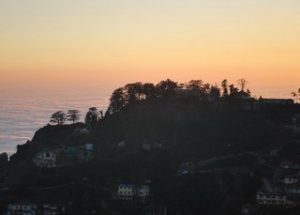 Mussoorie is a hill station in Dehradun of the Indian state Uttarakhand. Popularly known as Queen of the hills. Travelling to hill stations is indeed fun but if we are stranded in traffic, the enjoyment in us perishes.

In June 2019 tourist visited Mussoorie in a huge amount. A long queue of vehicles was seen at the Eco-tax collections. The town has no parking space.

On the road itself vehicles parked. Parking on roads reduces the length of roads and leads to congestion. 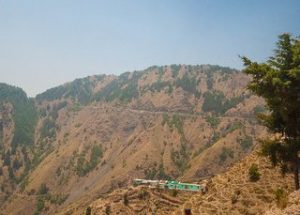 Dhanaulti is a hill station located in the foothills of Himalayas. From Mussorie this hill station is about 24 km away. Eco-parks such as Amber and Dhara are quite notorious. Surkanda Devi temple is well-known for its Ganga Dussehra fair in the harvest season.

As most of the tourist are attracted towards Mussoorie, this is the best place for a visit. September to June are the best months to visit Dhanaulti. Compared to other cooler hill stations, Dhanaulti has a good, temperate climate entire year.

Monsoons are much harsh while winters should be avoided. Summers are the best time to visit Dhanaulti.

Travelling is indeed fun but there’s no enjoyment when we are stuck on the road. Exotic destinations are fun too but we can visit such places in offseasons and meanwhile enjoy the beauty of such offbeat places which are yet to be explored.