Be an Ecotourist and Travel Responsibly: A Tour of India’s Wildlife Sanctuaries and National Parks 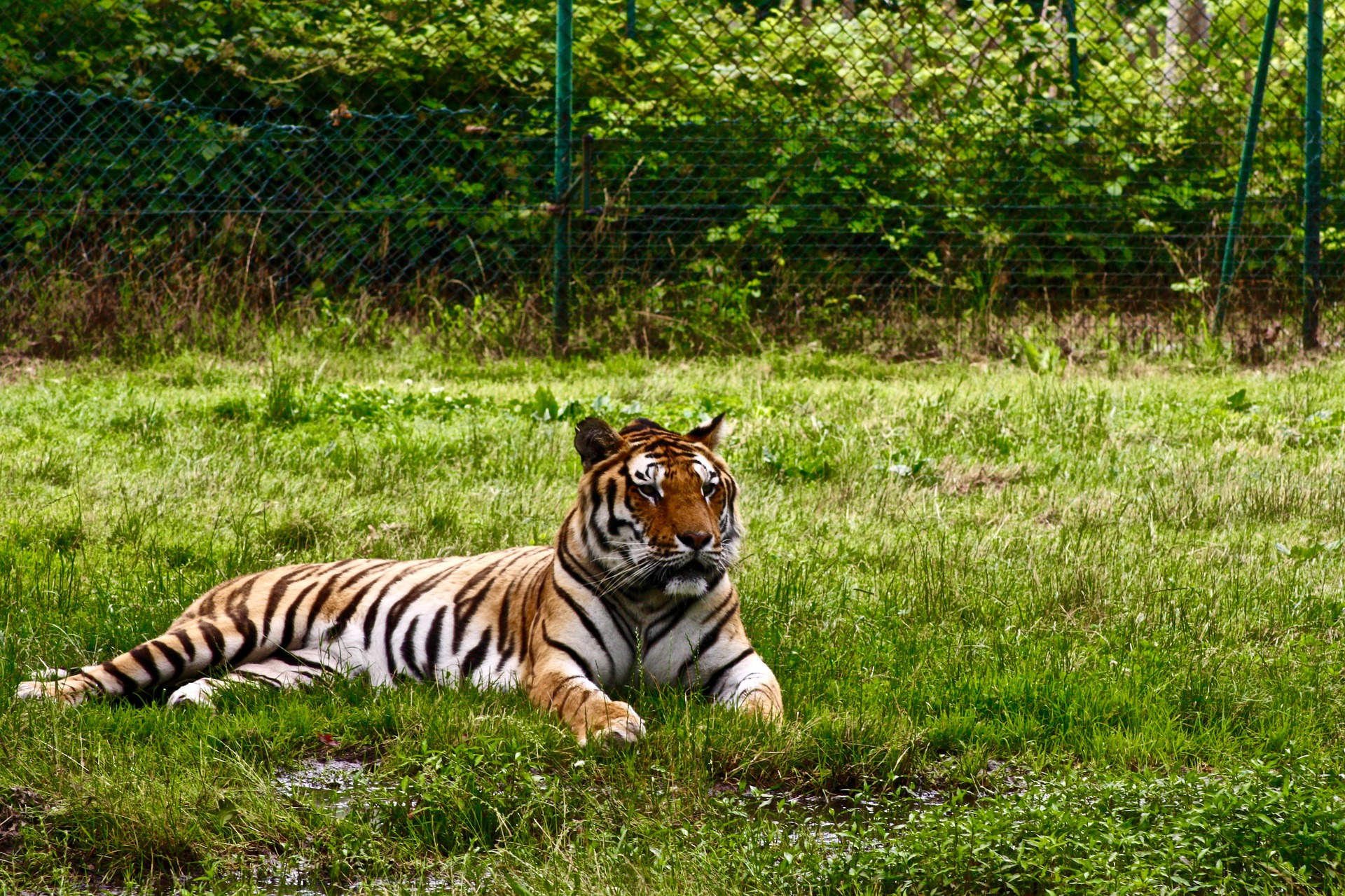 tuary is a naturally occurring sanctuary,  that provides security for wildlife species from hunting, predation, or competition. It is a protected area, a geographic landmark within which wildlife is protected.

On the other hand, the national park gives protection to the entire set of the ecosystem. It involves every aspect of that region including flora, fauna, landscape, etc.

These places are ecologically important because without them some animal species are at a greater risk of extinction. To preserve their species, Wildlife sanctuaries provide a space where certain animals can be kept captive in their natural habitat.

Difference between Wildlife Sanctuaries, National Parks and a zoo.

Sanctuaries consent to take in care for and preserve animals that have been abused, disregarded or rejected. Here the animals get hygienic conditions, proper vet care, sufficient enclosures, and appropriate feed. 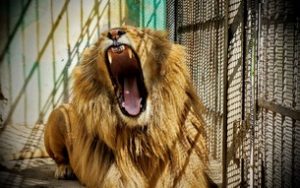 In addition, National Parks provide a home to native plants and species. They also protect places from development, pollution, extinction and provide a natural habitat for wildlife.

Zoos, on the other hand, are specifically created to display animals to people. They buy, sell and loan out animals thinking only about conservation needs, the ability for scientific research and which animals are admired by the public

Many animal welfare advocates believe that zoos, even those with education purposes, exploit animals by keeping them in confinement and displaying them to the public.

What can we do?

Here the term ecotourism comes into the picture: Ecotourism is defined as ‘a form of tourism that involves visiting frail, undisturbed expanses that intend a low impact and often are a small scale alternative to standard mass tourism.’

Ecotourism signifies combining conservation, communities, and sustainable travel. And a big part of this is wildlife sanctuaries and national parks. Wildlife Sanctuaries and National Parks not only preserve our environment but also present us with a chance to encounter wildlife in their natural environs.

According to stats, India is home to about 514 Wildlife Sanctuaries and 100 National Parks.

Enlisted below are some world-renowned wildlife sanctuaries and national parks. 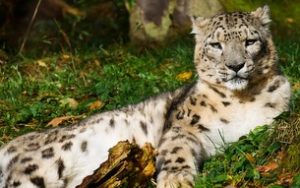 Situated in the Seraj Forest Division, 60 km from Kullu in Himachal Pradesh the Great Himalayan National Park is one of the largest National Parks in India. In 2014 UNESCO declared it a World Heritage site.

The park flourishes with about 375 different animal species. They include Snow Leopard, Himalayan Brown Bear, Blue Sheep, Musk Deer, and the Himalayan Thar. Additionally, it houses 181 species of birds. 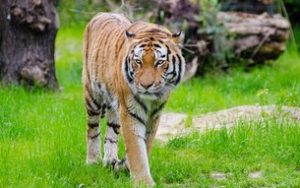 The Jim Corbett National park is located in the Nainital district and Pauri Garhwal district of Uttarakhand. Established in 1936, it is the oldest and among the top 10 national parks in India.

They built the park to protect the Bengal Tigers. It is named after the Wildlife writer and naturalist Jim Corbett. Jungle Safari, River Rafting, Fishing, Rock Climbing, Bird Watching, are some activities that one can enjoy here. 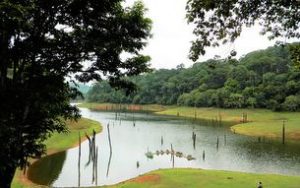 Spread over an area of 925 km is the Periyar Wildlife Sanctuary and National Park. It is home to a variety of endangered and endemic species. Situated in the evergreen hills of the western ghats in South India it is also one of India’s Tiger Reserve Forest.

While boating in the Periyar lake one can spot the Royal Bengal Tigers. This place also hosts Indian elephants, Nilgiri langurs, wild pigs, and Nilgiri Tahrs. 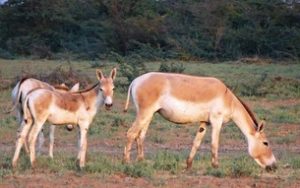 The Wild Ass Sanctuary of the Little Rann of Kutch is the only place on earth where the Indian wild ass also is known as the ghudkhar still lives.

Spreading over an area of 5000 square km this sanctuary is also home to 32 other mammal species. This includes the Chinkara(Indian gazelle), two types of desert foxes (Indian and White-footed), Jackals, Caracals (African lynx), Nilgai (the largest antelope of Asia), Indian Wolves, Blackbucks, and Striped Hyenas.

Because of its location in the Gulf of Kutch, every year around 75,000 migrating birds nest here. Seen at the periphery of a lake in the Rann these birds make the whole experience mesmerizing.

Located in the Golaghat district of Assam, Kaziranga National Park is one of the biggest wildlife sanctuaries to discover the wildlife of Northeast India. It is a World Heritage Site and also among the top 10 national parks in India.

It hosts two-thirds of the world’s endangered Great One-horned Rhinoceroses. This park also has a huge number of tigers and other wildlife seen here are Elephants, Wild Buffaloes, and Swamp Deer. In addition, it exhibits a large number of migratory birds during winter.

Ranthambore National Park has got its name from the majestic fort of Ranthambore. Sprawled over an area of 1334 sq km this national park is located in the Sawai Madhopur district of Rajasthan.

The royals of Jaipur once hunted here. Thus it is one of the Royal National Parks in India. The main attraction of this park is the Tigers and its Tiger Safaris are quite popular. Also, some major animals seen here are Leopard, Nilgai, Wild Boar, Sambar, and Hyena. 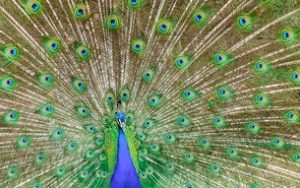 The Kanha National Park inspired Rudyard Kipling’s The Jungle Book. Established in 1955, this park is known for its efforts in saving the Swamp Deer i.e. the ‘Barasingha‘.

This park also has majestic beauty with its Sal and Bamboo forests, green meadows and a varied species of grass. It is also home to a notable population of Bengal Tigers, Panthers, Sloths, Hyenas, Peacocks, Mongoose, Jungle Fowls and Langurs. 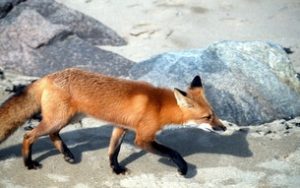 Located in the Kumaun Hills in the Himalayas on top of the Jhandi Dhar 33 km north of Almora in Uttarakhand is the Binsar Wildlife Sanctuary. This sanctuary is famous as the home of Leopard, Black Himalayan Bear, Wild boars, Kakars, Monkeys Red Fox, Jackals and approximately 180 species of birds.

This park allows one to engage in a lot of activities. Namely jeep safari, wildlife spotting, and birdwatching. Trekking, exploring temples and other activities can also be experienced.

Travelling responsibly contributes to the environment and also ensures that we don’t promote its degradation. As an ecotourist, you can visit places such as Wildlife Sanctuaries and National parks that promote local development and boost the economy. And it also provides you with the thrill of watching wildlife roam in their natural habitat which is beyond comparison.

So, go ahead, learn, enjoy and make the world a little happier for generations to come!