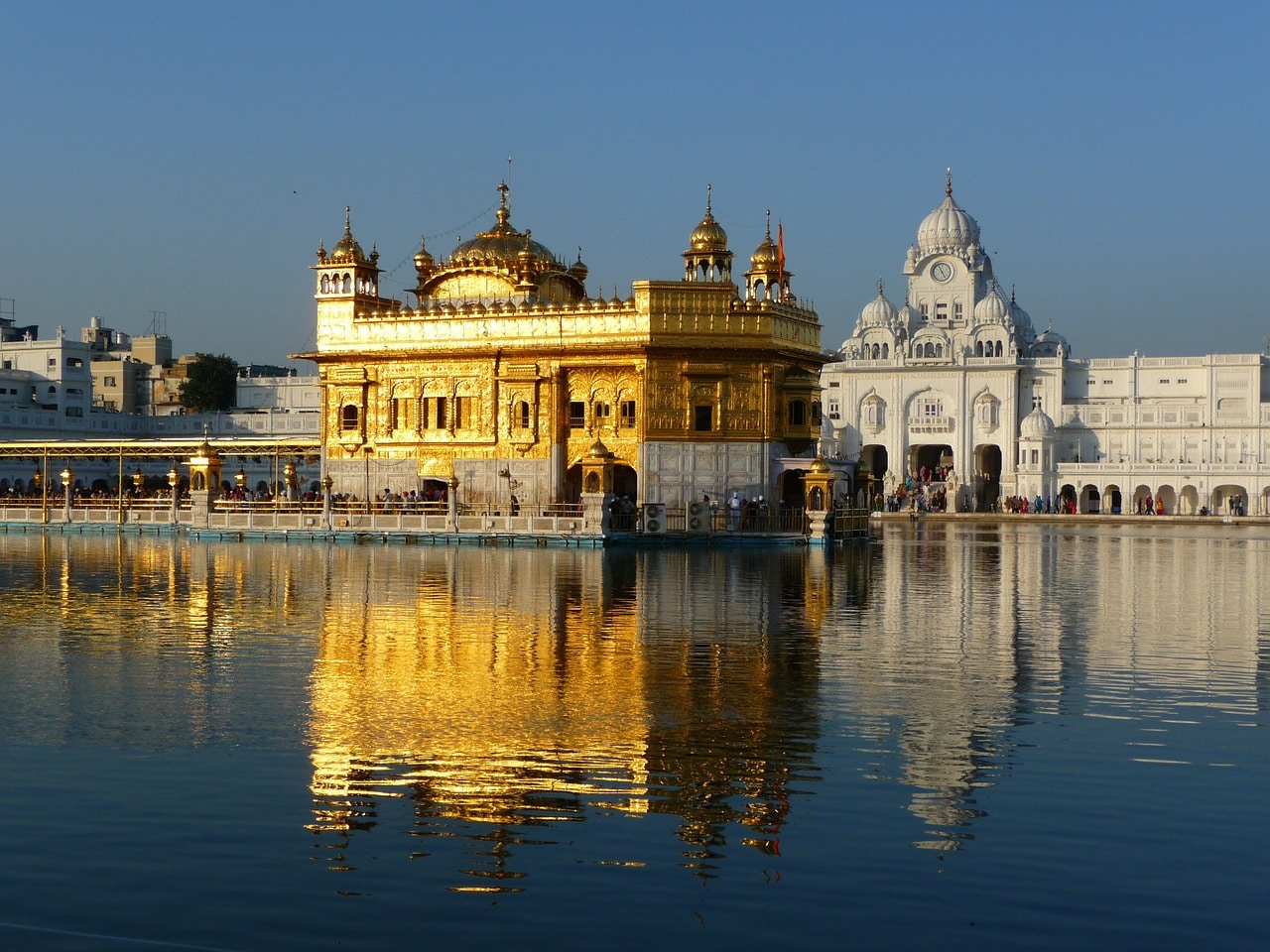 A Gurudwara is a place of worship of Sikhs. A Gurudwara has a Darbar Sahib where the current and everlasting guru of the Sikhs, the scripture Guru Granth Sahib, is placed on a takhat (an elevated throne) in a prominent central position. All gurdwaras have a langar hall, where people can eat free vegetarian food served by volunteers at the gurdwara. Here is the list of best 10 Gurudwara in India that you must visit.

Popular as The Golden Temple, this Gurudwara is the most popular Gurudwara in the world. It is also known as Shri Harmandir Sahib Ji or Shri Darbar Sahib Ji.

This magnificent Gurudwara is situated in the Amritsar City of Punjab State. This Gurudwara was built in 1577 AD and is plated with pure gold. The temple got its name ‘Harmandir’ from Hari (God), ‘the Temple of God’.

Viewing its structure made up of pure gold, this Gurudwara, which has everything covered in golden colour from its ceiling to the electric cables. It also has a Sarovar (Lake) where devotees take a sacred dip.

The 5th Guru of Sikhs, Guru Arjan Dev Ji, requested a Muslim Saint, Hazrat Mian Mir Ji to lay the foundation stone. At present, this Gurudwara is the most important and renowned spot of worship in Sikhism with its doors open from all its sides to devotees of all faiths and religions.

How to reach the Golden Temple?

By air, the nearest airport is of Amritsar itself.

By train, Amritsar Railway Station is well connected to all the major cities of India

By road, Amritsar, located on  NH1, is well connected to other cities

It is situated in Manikaran, which is located in Kullu district of Himachal Pradesh, 35km from Kullu and 4km ahead of Kasol. Gurudwara Manikaran Sahib Ji has its historical importance as this place was visited by Guru Nanak Dev Ji with his disciples- Bhai Bala and Bhai Mardana. This place also has hot springs and is famous for miracles that Guru Nanak Dev JI performed here.

How to reach Manikaran?

By road: Manikaran is well connected to all nearby major cities like Shimla, Pathankot, Chandigarh, and New Delhi. Local buses and taxis are also easily available from all nearby areas.

Situated amidst the Himalayas in the Chamoli district of Uttarakhand state, Hemkund Sahib is a dedicated place to the 10th and the last Guru of Sikhs-Guru Gobind Singh Ji. He himself used this place for doing meditation. This Gurudwara is inaccessible between October to April due to heavy snowfall.

How to reach Hemkund Sahib?

By air: The nearest airport is Jolly Grant airport, Dehradun but the roads are up to  Govind Ghat only from where you have to start trekking 19km to Hemkund.

By train: The nearest railway station is Rishikesh, which is 273km from Govind Ghat.

By road: Buses and taxis are easily available to  Govind Ghat from all the major cities of Uttarakhand. Govind Ghat is situated on NH58 which makes it easy to reach. 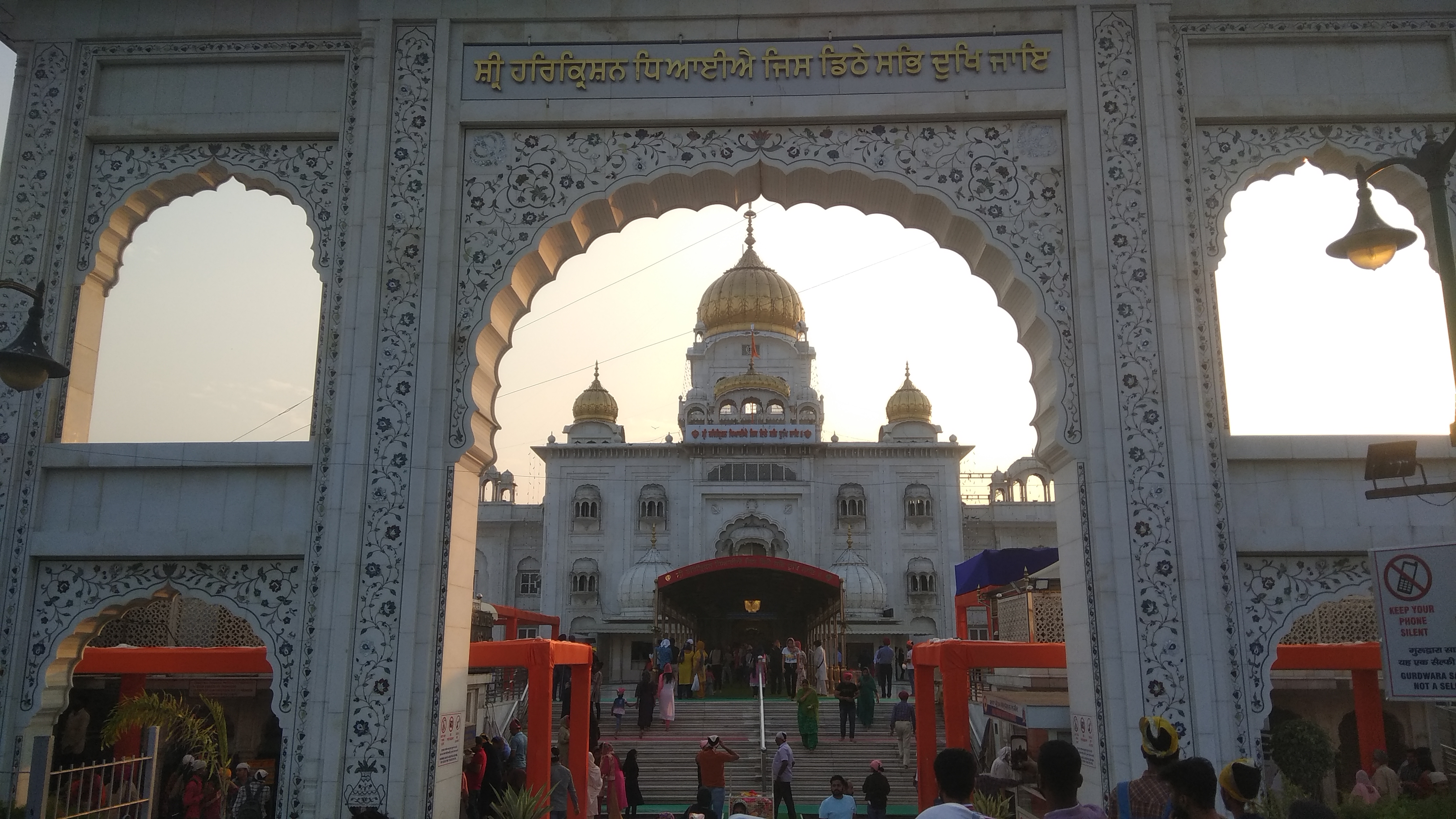 The word ‘Bangla’ means  ‘Palace’ and it indicates to the palace of Raja Jai Singh, which was used by Guru Harkrishan Sahib Ji, the 8th Guru of Sikhs for his stay during his visit to Delhi in 1664. This Gurudwara is also home to a renowned museum, which depicts the great history of Sikhism.

How to reach Gurudwara Bangla Sahib?

By air: New Delhi has its own airport. From there, you can easily go by taxi.

By road: New Delhi being the capital of the country, is well connected to all other cities.

This Gurudwara has situated 15 km from the city on the bank of river Ghaggar in the district of Panchkula in Haryana State. According to the history, Guru Gobind Singh after winning the battle of Bhagnani with the Mughals halted here.

This Gurudwara is named after his follower-Nadu Shah, who welcomed the victorious warriors, thus the name Nada Sahib.

Community meals and religious gatherings take place on a daily basis. On the full moon day of every month, many Sikhs visit here. The original Manji Sahib constructed by Motha Singh has been replaced. Presently it is a double-storeyed doomed structure.

How to reach Gurudwara Nada Sahib?

By air: The nearest airport is at Chandigarh (25 km).

By train: Chandigarh Railway Station is the nearest railway station at 8 km.

By road: Panchkula has its own bus stand which is 6km from Nada Sahib.

Guru Gobind Singh, the tenth Guru of Sikhs, was born in Patna, Bihar, on 22 December 1666. This Gurudwara was built in his remembrance by Maharaja  Ranjit Singh, the first king of the Sikh Empire. This Gurudwara is also known as Harmandir Sahib.

By air: Patna airport is 18.8 km away from Patna Sahib Gurudwara.

By road: Patna is well connected to all the cities.

Situated on the banks of the river Godavari, this Gurudwara is one of the Five Takhts of Sikhism. This is the place where the tenth Guru of Sikhs, Guru Gobind Singh Ji left his early days. Between 1832 and 1837 it was built by the order of Maharaja Ranjit Singh.

This superb Gurudwara has a complex inside it, which is called Sachkhand or the Realm of Truth and the room inside the Gurudwara, called Angitha Sahib, is the death spot of Guru Gobind Singh Ji.

How to reach Takht Hazur Sahib?

By air: The airport in Nanded is known as Guru Gobind Singh Ji Airport. For international flights, the nearest airport is at Hyderabad, which is at a distance of approximately 280 km.

By train: Nearest Railway station is Huzur Sahib Nanded Railway Station around 1 km away from gurudwara.

By road: Nanded Bus stand is around 1.5KM away from gurudwara. Many state-operated and private buses run between Nanded and other cities.

It is one of the most sacred places in Sikhism, being the place where the last two Sikh Gurus lived, Guru Teg Bahadur Ji and Guru Gobind Singh Ji.

This is the place where Guru Gobind Singh Ji founded the Khalsa Panth in 1699. The city is home to Kesgarh Sahib Gurdwara, one of the five Takhts in Sikhism.

How to reach Takht Keshgarh Sahib?

By air: The nearest airport is at Chandigarh at a distance of approximately 100 km.

By train: The nearest railway station is Anandpur Sahib itself.

By road: It is located on National Highway 503 that links to the other major cities.

In 1510-1514 A.D., Guru Nanak along with his Mardana Bhais visited the south of India and stayed at the outskirts of Bidar in the state of Karnataka.

The news soon spread throughout Bidar and its surrounding areas about the holy saint of the north and a large number of people started coming to him to have his darshan and seek his blessings.

There used to acute shortage of water n Bidar that time and while uttering Sat Kartar, shifted a stone and removed some rubble. Surprisingly, a spring of cool and freshwater that has flowed to this day. This is how the place soon came to be known as Nanak Jhira (Jhira means Stream).

How to reach Nanak Jhira Sahib?

By air: There is no airport in Bidar, however, the nearest airport is at Hyderabad (132 km).

By train: The nearest railway station is at Bidar.

By road: Regular bus services run from Bangalore via Hyderabad via NH7 and NH9. 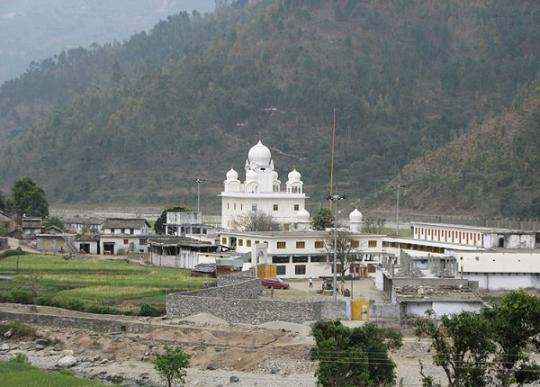 This Gurudwara is 72 kms from Champawat district in Uttarakhand State. The Gurudwara of Reetha Sahib was constructed in 1960 at the confluence of the Lodhiya and Ratiya river, which is near village Deyuri. This Gurudwara also knows as Meetha Reetha because there are famous trees of sweet Reetha (Soapnuts) in the Gurudwara premises.

Later it came to know that on which side Guru Nanak Dev Ji was sitting all the reethas has become sweet. This is the reason why this place is called Meetha Reetha Sahib. Even today the people who visit the Gurudwara get sweet reethas (soapnuts) as prasad.

By air: The nearest airport is 60kms away in the Nainital district of Uttarakhand state.

By train: Taxis and buses are easily available from Tanakpur Railway Station to Meetha Reetha Saheb .

By road:  Meetha Reetha Saheb is well connected by motorable roads with major destinations of Uttarakhand state and northern India.

So, these were the 10 best gurudwaras in India which are open for all the devotees. Gurudwara is always considered as an auspicious place and a place for service to humanity where no devotee has left empty-handed. Check out the list again so you don’t miss out any of them to visit :