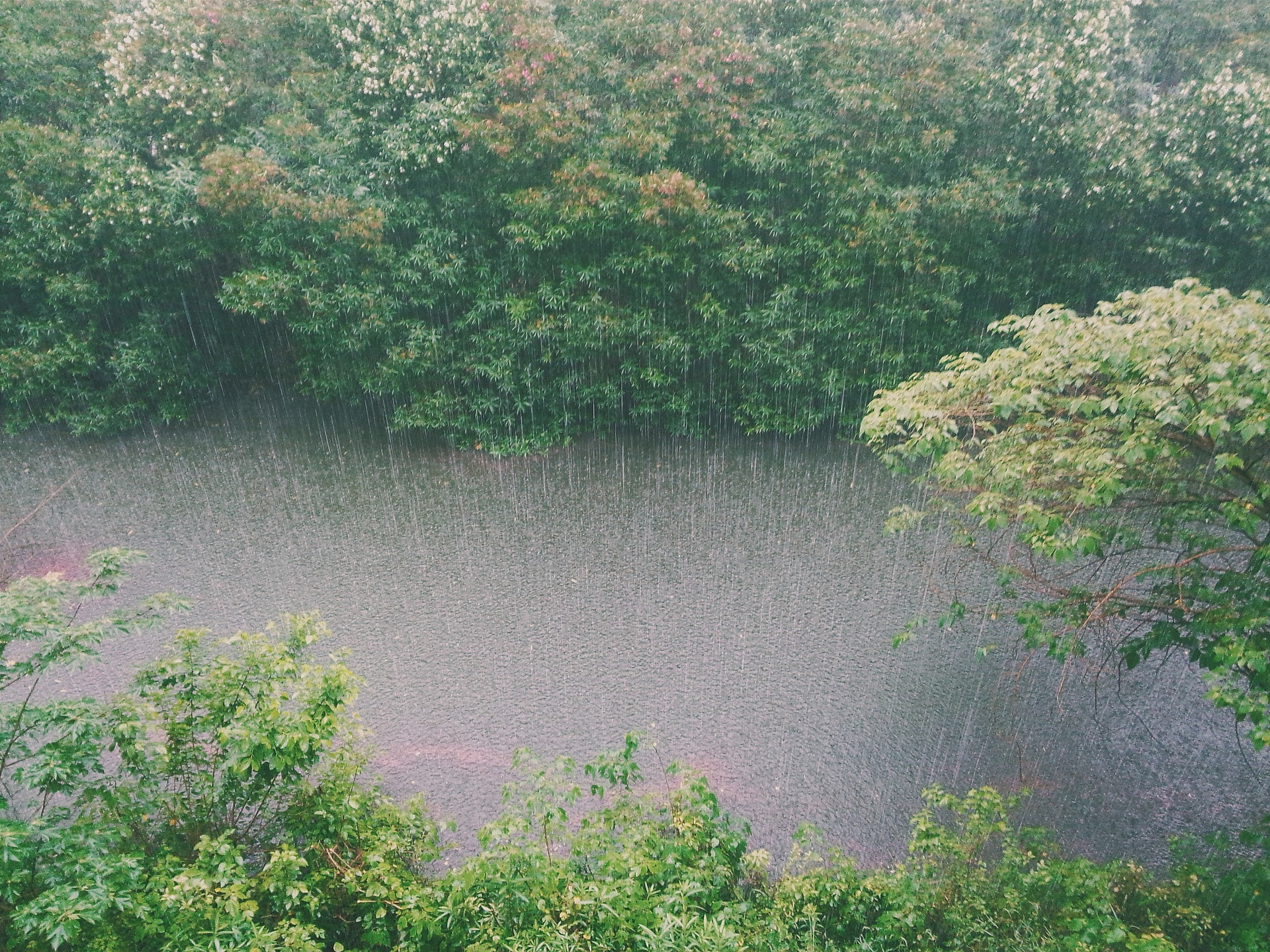 Today’s world thrives on ever-growing technology and innovation. However, 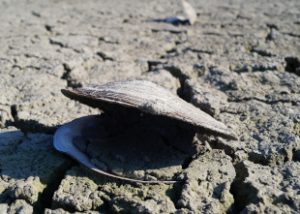 in our pursuit of a developed future, we’ve neglected the very source of our being – nature. The signs of distress are everywhere – from soil deterioration and climatic changes to depleting water resources.

The depletion of freshwater resources is one of the most severe issues being faced in today’s world. In light of this, an awareness campaign – Rally For Rivers was initiated in India by Sadhguru of Isha Foundation. The main aim of the campaign is to garner public support for a government policy to save the rivers. Their latest project is Rally for Rivers: Cauvery Calling, an attempt to replenish the water levels of river Cauvery which flows in the states of Karnataka and Tamil Nadu.

As a person who grew up along the Cauvery basin, Sadhguru Jaggi Vasudev has witnessed her suffering firsthand. Cauvery Calling is a mission, an attempt to bring River Cauvery back to her former glory. He wishes for future generations to see the same glorious river that he had witnessed as a child.

During the Rally for Rivers, Sadhguru happened to visit Sabarmati Ashram, where he was reminded of the Dandi March. Inspired by that freedom movement, he wished to make the awareness of water crisis a national movement. Dandi Mach had only 72 participants, but it inspired the entire country. Similarly, Sadhguru seeks to inspire the people to realize the gravity of the situation and respond to it. 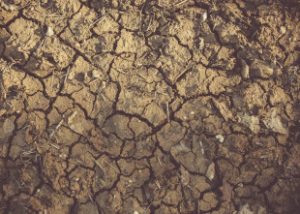 In the last seventy years since Independence, the rivers in India have depleted by nearly forty percent. River Cauvery which is one of the major rivers in South India has suffered a similar fate. A once perennial river that flowed strong throughout the year, it has now reduced to a mere stream with most of its tributaries drying out in the summer. Almost for 4 months a year, the river fails to reach the ocean. It is estimated that in a mere 15 years, the river will completely dry out.

It has led to a severe shortage of water in Tamil Nadu and Karnataka; even cities like Chennai and Bangalore aren’t spared. With the rivers gone, the soil is turning barren. The lands of the Cauvery belt fail to produce even 2 harvests of crops annually, dragging the farmers deeper into debts and poverty. With the estuaries dry, the seawater is seeping into the coastal lands, posing a threat of soil distress in the coastal areas too. If it continues, these lands are soon to turn uninhabitable.

How do we solve this?

Contrary to the common belief, rivers are not the sources of water. The true source of water is the rains, which bring in huge volumes of water during the monsoon. Unlike the European and American rivers, which are fed by glacial water, our rivers are fed by rain. This water runs off in a mere twenty days unless the soil retains it. 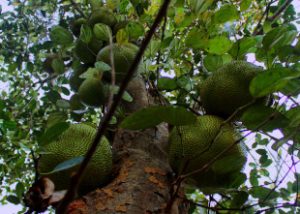 87% of the vegetation in the Cauvery basin, thus reducing its water retention capacity. With the ever-growing population, it is impossible to expand the forest areas, hence leaving only one possible solution – agroforestry.

Project GreenHands has demonstrated and tested  the benefits of tree planting.

Agroforestry is not a new concept; it simply means growing forests for economic reasons. Almost 50% of India’s lands are used for agriculture, yet our lands are barren and wells run dry. This is due to senseless planting and ill use of chemical fertilizers. The felling of trees has also led to the depletion of underground water, upsetting the water table. However, this can be reverted by studying the lands and its optimum yield.

The saplings have been carefully selected based on local water, soil and weather conditions and commercial value. They are to be planted by farmers in their farmland for harvest. Meanwhile, native forest trees will be planted in government-owned land along riverbanks.

The governments of Tamil Nadu and Karnataka have agreed to support farmers with subsidies and partial transition to tree-based agriculture. It is estimated that once the farmers switch to agroforestry, their income will increase by three to eight times. This solution ensures that rivers are restored while also enhancing farmers’ livelihood. The additional benefits include enrichment of soil due to organic waste and leaves of trees, increased precipitation, control over climate change and prevention of soil erosion.

With the rate at which farmers are currently taking up agroforestry, it would 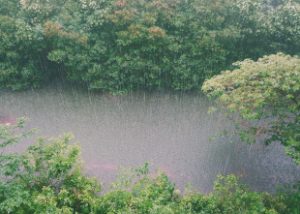 take another 100 years or so to revitalize the river. However, with the Cauvery Calling project, the process can speed up to 12 years. With strong scientific data backing them, the project has estimated that by planting 242 crore trees on either side of the Cauvery river, each tree can retain up to 3800 litres of water in the soil. Large-scale development of saplings is being undertaken to assist the farmers to shift to agroforestry. Each of these saplings cost 42 rupees (taking all the aspects into account) which are being crowdsourced.

With eminent persons from various areas of expertise backing it, Cauvery Calling is an economic plan for the farmer and an ecological plan for the country; and it is only the first step. If it succeeds, Cauvery Calling will be an inspiration and guide for saving the rivers of the tropical lands all over the world.

The Isha Foundation held many awareness campaigns covering 13 states and 21 major cities. Led by the founder – Sadhguru, they’ve conducted art competitions, talks, drive campaigns and many such events to spread the message of Rally For Rivers. Sadhguru personally drove 9300 kilometres in thirty days, gaining media attention for the campaign and delivering talks at 142 events and 180 interviews along the way.

They were very successful in the venture with 162 million people supporting the campaign in just thirty days. This is the largest number of people to support a one movement in just thirty days, anywhere in the world. With the support of the people, they presented the 760-page Rally for Rivers recommendation to the Central government. After qualifying the scientific tests of India’s planning body NITI Aayog, the government made it the official recommendation for all the twenty-nine states in the country.

Cauvery Calling is the product of this success, a hands-on project which puts 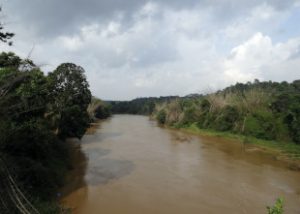 the idea into action. Cauvery Calling is the second on-ground river revitalisation project launched by Isha Outreach. The Waghadi river project in Maharashtra was their first attempt. To get the public on board with the project, Sadhguru alongside a group of bike riders, embarked on ‘Cauvery Calling’ bike ride. The ride was a 3,500-km journey traversing the Cauvery basin, from Talacauvery, the birthplace of the river to Tiruvarur. More than 600 people from various walks of life, stood at various locations of the campaign, carrying placards depicting messages on ‘Save Cauvery’. The message of Cauvery Calling echoed loud amongst the crowds.

With the collective efforts of the government, farmers, volunteers and the general public the project has a high probability of being a grand success. They aim to get 242 crores of trees planted with each costing 42 rupees. The current tally of trees donated till date is 40,870,000 and counting. One can contribute by either donating directly or fundraising. Now, with the ball in your court there is one question that remains:

Cauvery is calling, can you hear?