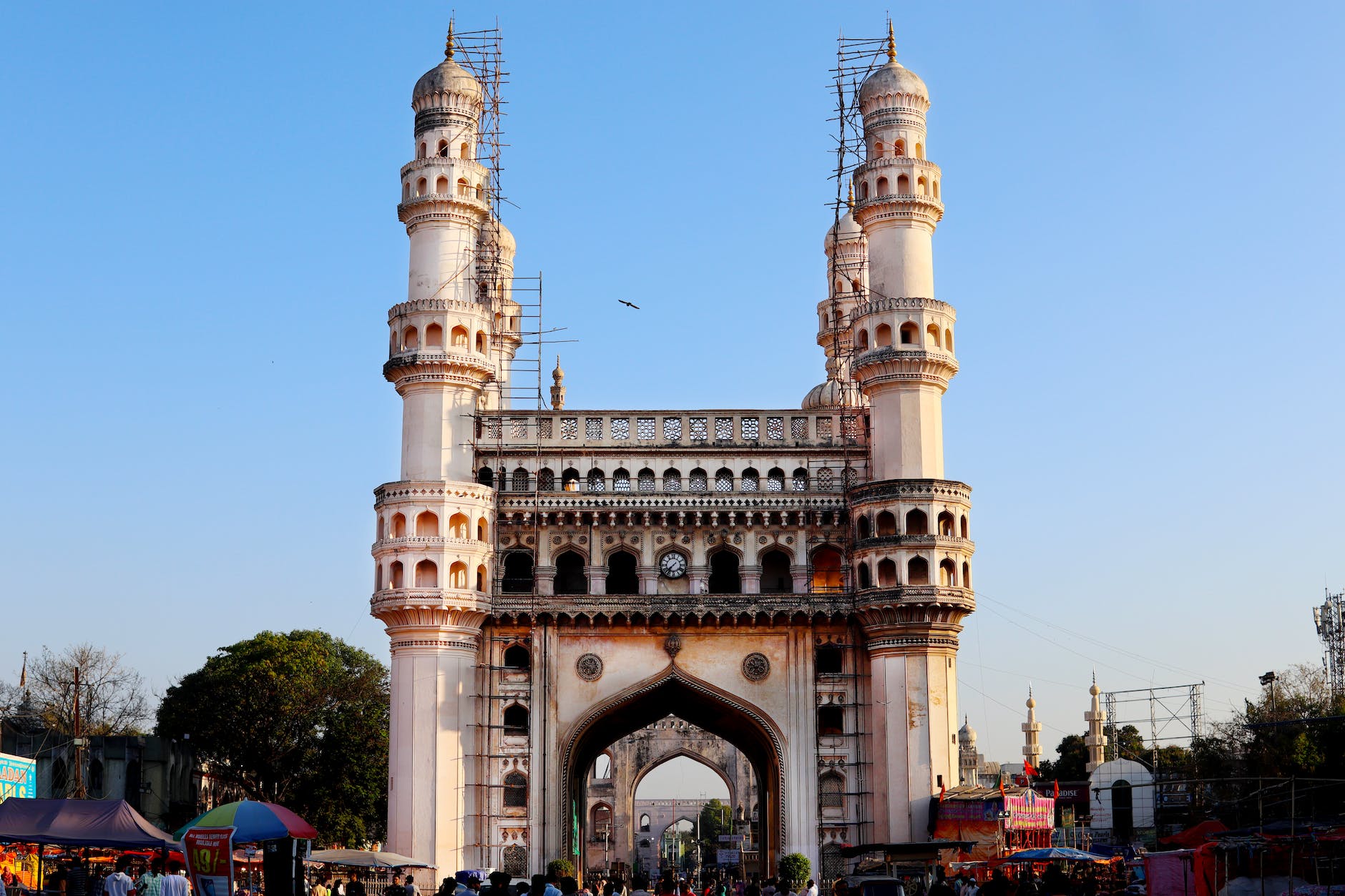 Charminar, History of this heritage site in Hyderabad

Charminar is a monument and a mosque that is synonymous with Hyderabad’s history. The magnificent structure, which was completed in 1591 CE, is not only a landmark building in Hyderabad but also a well-known monument in India.

The monument is thought to have been built by Mohammed Quli Qutb Shahi, the fifth sultan of the Qutub Shahi dynasty, to commemorate the end of a deadly plague that had gripped the city at the time. It is situated near the Musi River’s bank. Charminar is made up of two words: Char and Minar, which mean “four towers.”

Mir Momin Astarabadi of the Qutb Shah dynasty played an important role in the design and layout, and he ordered extensive preparations. Historians believe that this structure was built.

Historians believe that this structure represents Indo-Islamic architecture with a few Persian elements. The monument is located in the heart of the old city, and it is believed that for administrative purposes, Hyderabad was measured in four directions from Charminar.

A trip to Hyderabad would be incomplete without a stop at this grand and majestic centrepiece. It is also known as the East’s Arc de Triomphe. Some historians believe it was built in honour of his wife, Bhagyamathi. In addition, legend has it that a secret tunnel beneath the monument connecting the fort at Golconda was built as a means of escape for the royal family in an emergency.

The sides are each 20 metres long, and the minarets are 48.7 metres tall from the ground. Charminar’s four sides open into a plaza-like structure with giant arches overlooking major thoroughfares. It is a clear square structure measuring 31.95 metres on each side, with imposing arches spanning 11 metres.

The four minarets stand 56 metres tall. The ornamental arches on the minarets add to the overall aesthetic value. Inside each minaret, there are 149 circular steps, one of which is open for tourists to climb and enjoy a breathtaking view of the city. It also houses Hyderabad’s oldest mosque, which has prayer rooms for the faithful.

Arches, minarets, and domes were prominent features of Islamic architecture at the time. The structure is well-known for its lavish stucco decorations and impressive balustrades and balconies. The floral design is delicately executed and stands as a masterpiece to the local artisans’ combination of Mughal and Hindu architecture.

In 1889, four clocks in four cardinal directions were added. At the base of the Charminar is a water cistern with a small fountain for ablutions before the faithful offer prayers in the mosque. Charminar has become synonymous with the culture of Hyderabad’s old city, and the area is also a popular destination for mouthwatering Muslim cuisine, colourful bangles, pearls, jewellry, and other items.

The location is a symbol of Hyderabadi culture, standing tall and proud as a reminder of a bygone era.