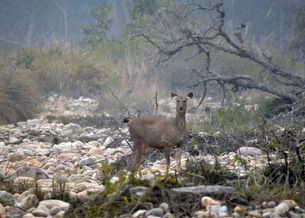 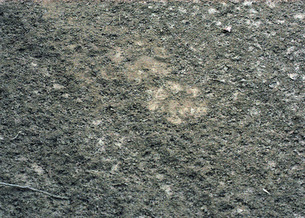 Ramnagar, a small town situated near Jim Corbett National Park is the headquarters of Corbett Tiger Reserve. The town has a good network of roads that connect the different cities of India.

The only nearest railway station to Jim Corbett National Park is Ramnagar. A direct train runs from Delhi to Ramnagar. Otherwise, one can reach Haldwani or Kashipur or Kathgodam and then come to Ramnagar by road.

In order to reach Jim Corbett National Park by airways, the nearest domestic airport available is Phoolbagh in Pantnagar, which is 50 kilometres away. Besides, the nearest International airport is in Delhi.

The Jim Corbett National Park is open to tourists between November to June only as the roads are back to normal condition during this period after the monsoon.

The tourism zones at the National Park are:

The entry gate to Dhikala Zone is 32 kilometres away from Ramnagar. Here, the safari offered is Canter Safari only. It is situated at the edge of Patli Dun valley, through which the river, Ramganga flows. The western end of the park is dammed to form a reservoir, which is used for sport fishing. The attractions of Dhikala are a rest house that was built a hundred years ago and also the views of the valley. The hotels and resorts available at Dhikala Zone are: 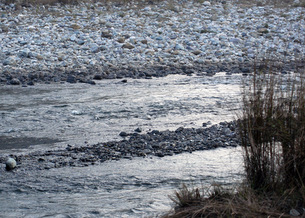 The entry gate to Bijrani Zone is Amdanda Gate. Bijrani Zone is 2 kilometres away from Ramnagar. It will be opened from October to June. The Safari offered here is Jeep Safari or Elephant safari. The hotels and resorts available at Bijrani Zone are: 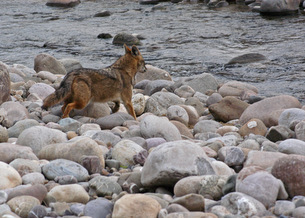 The entry gate to Jhirna Zone is Dhela Gate. It is 15 kilometres away from Ramnagar. Jhirna Zone will be open throughout the year. The safari offered here again is Jeep safari or elephant safari. The hotels and resorts available at Jhirna Zone are:

The entry gate to Dhela Zone is Dhela gate. It is 15 kilometres away from Ramnagar. Even Dhela zone will be open throughout the year.

The entry gate to Durga Devi Zone is Durga Devi Gate. It is 28 kilometres away from Ramnagar. Durga Devi zone will be open from November to June.

The entry gate to Sitabani Forest Zone is located near Teda village and exit gate is located at Paulgarh gate. It is 4 kilometres away from Ramnagar. It will be open throughout the year. There are also few hotels and resorts run in this zone.

Tourists go trekking around the park with the company of a guide.

Kalagarh Dam, located in the south-west of the wildlife sanctuary is one of the best places for bird watching as well as sightseeing.

Garjiya Devi Temple is located on the banks of the river Kos located nearby Garjiya village at a distance of 14 kilometres away from Ramnagar, Uttarakhand. During the Kartika Purnima, a large number of travellers visit this temple as it is sacred to Garjiya Devi.

Besides, Nainital, Ranikhet, Delhi, Dehradun etc. are other tourist attractions near the National Park.

Activities to do at Jim Corbett National Park 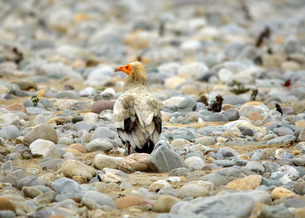 Also, an episode of Man vs Wild starring Prime Minister of India Narendra Modi with the host Bear Grylls was filmed in this National Park on August 2019. The episode was broadcasted in 180 countries in addition to India.

So, don’t miss out this first wild reserve and oldest National Park of India which is not just attracting the attention of people of our country but also of people worldwide.

Must Vist Famous Places In The Tricity, Chandigarh!

How does ERP Software Help to grow your Business?

How To Start A Business While Working Full-Time?