Kathmandu, Nepal : An Archive of History 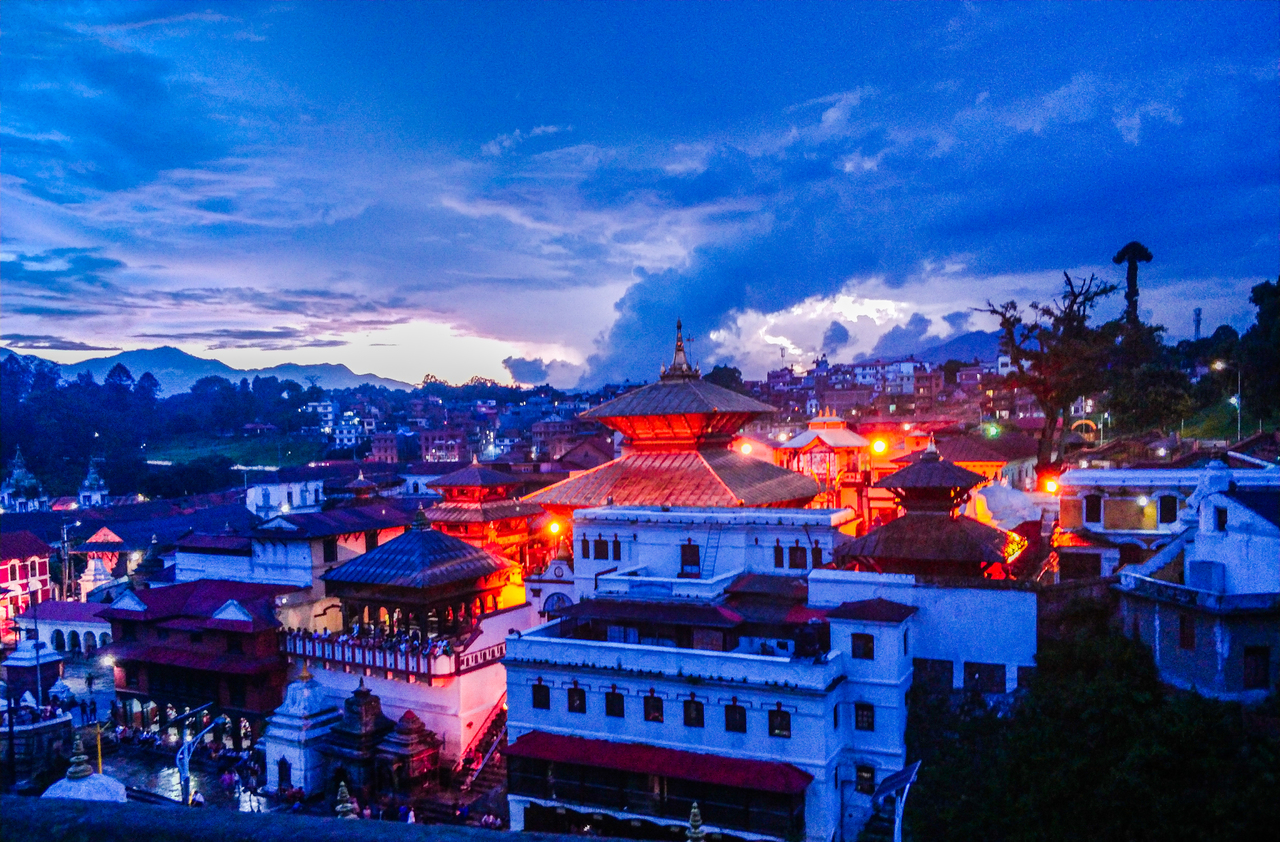 Kathmandu, the homeland of the Newars holds a myriad of religious sites, monuments, delicacies, adventure sports, and tranquillizing views. According to a legend, Manjushri, a bodhisattva associated with insight travelled from the north to the valley and rived the valley making the water gush out from the lake. The valley became inhabitable after he managed to drain out the huge lake. The bodhisattva went on to establish a city in the name of ‘Manjupattan’ with Dharmaker as it’s ruler. 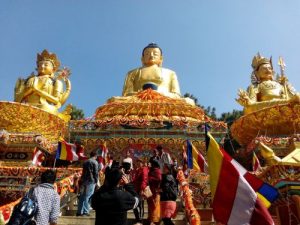 The city of Kathmandu is home to a total of seven world heritage sites. All reflecting the rich cultural and religious legacy dating back to 2000 years ago. Kathmandu, the capital city of Nepal is the largest metropolitan city in the country. Populations of Buddhist and Hindu religions live in the city creating a melting pot of cultures.

How To Reach Kathmandu, Nepal?

By air: The Tribhuvan International Airport in Kathmandu is accessible to various international and domestic airlines.
By road: Buses board from Gorakhpur and Varanasi to the Nepalese border, Sunauli, one can take a local bus from there on to Kathmandu. Passengers can now opt for buses straight to Kathmandu. One can take advantage of cab services,self-driven cars or auto-rickshaws too.
By rail: A direct train to Kathmandu isn’t currently available. However, one can board trains which will take them via three alternate border crossings. 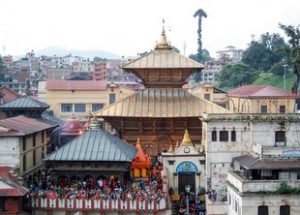 Pashupatinath temple is a blend of architectural, artistic, religious and cultural excellence. It stood steadfast through a 7.8 magnitude earthquake. The temple is a UNESCO world heritage site and one of the most sacred Hindu temples in Nepal.

It is devoted to Pashupatinath, an incarnation of Shiva. The temple houses a four-headed Mukhalinga which is the main idol. It flaunts its Dome, Pagoda and Shikhara style aesthetics along with its various sculptures and statues.

Get your share of good karma by visiting the largest stupa in the continent. It is located a few kilometres from Kathmandu. Boudhanath Stupa, built around the 14th century is popularly known among the Nepalese locals as “Chorten Chenpo”. The white structure adorned by a pair of eyes on each cardinal direction. It is said to hold a bone from the Buddha’s body. 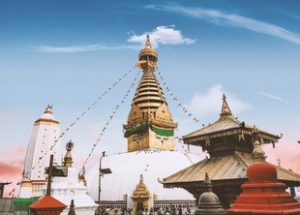 Also known as the Monkey temple, the Swayambhunath Temple sits on top of a hill richly decorated with gold and vivid flags. Tibetian Buddhists and Hindus consider it a sacred site. One legend states that the temple was born out of a Lotus in the once lake-filled valley of Kathmandu. Therefore, giving it the name Swayambhunath, meaning ‘self-created’.

The hill located in the south of the Kathmandu valley is lush with native flowers and plants. It is an amusement for hikers, it takes up to a day-long hike. Right at the top of the hill stands Phulchowki Mai. 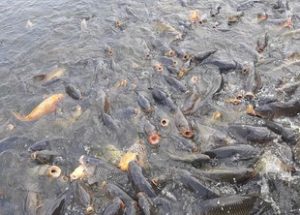 Away from the bustling main city, the Taudaha lake is a perfect spot to wind down. Around 40 different migrant and resident species of birds have been witnessed presenting it as a great place for bird-watching. Many types of carps along with snakeheads, catfishes and barbs are seen in the freshwater lake.

The Kathmandu valley holds its prestige for being among the best destinations for hikers. One can experience a pristine view of the valley while trekking through rural villages, farmlands and the wide array of environmental elements.
Some common favourites include the Champadevi hike, Nagarkot hike, the Sundarijal hike passing through Shivapuri National Park, the Amitabha monastery hike, just to name a few. 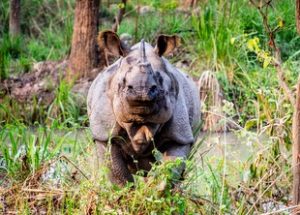 A four-hour drive from Kathmandu will land you at the Langtang National Park. The park has about 18 different ecological systems. One may spot the Red Panda, Snow Leopard, Clouded Leopard, Musk Deer and Himalayan Tahr. Moreover, it is a dwelling house for about 46 species of mammals, more than 250 species of birds, and 1000 species of plants.
The Chitwan National Park holds the label of a world heritage site. It is the first National park of Nepal and a heaven for nature and wildlife admirers. Although the prime attraction is the royal Bengal tiger which is rarely spotted one can catch a glimpse of one-horned rhinos, deers, monkeys, leopards, wild elephants, sloth bears, the Gharial Crocodile, and many bird species.

The coronating land of durbar gives one an insight on Newari craftsmanship. Even after the collapse of several historical spots during the 2015 earthquake the world heritage site holds its regal glory. As it houses major attractions like Hanuman Dhoka, Taleju temple, Basantapur Tower, Kumari Bahal and Trailokya Mohan Narayan Temple. The Durbar square blooms into its true colours during festivals like Dashain, Indra Jatra, Machhindranath Jatra, and Gaijatra. It gives a splendid feeling of re-living history. 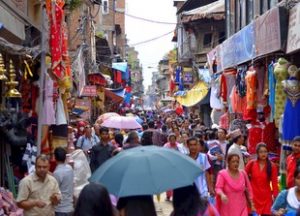 The jostling commercial Thamel accommodates all the needs of a tourist. Be it restaurants, hotels, pubs, markets, shopping centres and so much more. The place is always lively with cycle rickshaws, taxis, and two-wheelers moving all over the place. The busy streets please a shopper’s dream from quaint old shops to modern stores. Thamel holds a high place among must-visit spots in Kathmandu.

Built-in 1920 by Kishore Narshingh, the garden of six seasons truly lives up to its name. As one step into the garden prompts a sense of fantasy due to its sophisticated pavilions, paved paths, garden greens and ponds. The ‘Swapna Bageecha’ is made in Edwardian style architecture. The execution of Eco Himal and financial aid of the Austrian government restore the garden. The garden located at Kaisar Mahal and has an amphitheatre, pergolas, urns, a library and a cafe.

This Newari pancake made with lentil paste and spices serves as a great snack for any time of the day. One can enjoy a nice hot Wo with an egg or meat over the top. It is popular in Kathmandu as an occasional delicacy. 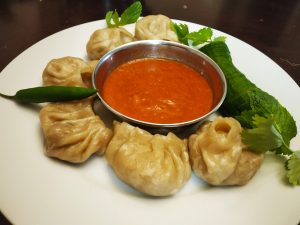 It is unavoidable to visit Kathmandu and not treat yourself with some steaming momos. A chutney is served with these steamed or sometimes fried dumplings with a filling of meat or vegetables. Stalls and even fancy restaurants all over the city serve this local favourite.

The yak butter, tea, salt, and water in this tea gives it the name ‘Butter Tea’. It is becoming an increasingly popular beverage with its unusual salty flavour. his Himalayan classic is a great way to warm up during the cold Kathmandu winters.

They are iridescent paintings made on silk or cotton fabrics. The paintings illustrate Buddhist and Hindu Gods, stories or mandalas. Thangkas are traditional religious artworks complying to Buddhist scriptures.

Kathmandu manufacturers an eco-friendly handmade paper made from Lokta bushes. It has a smooth side and a rough, naturally formed side. Nepal uses Lokta paper in journals to menu cards. Hence, it acts as a great souvenir to take back home due to its crafty and religious past. 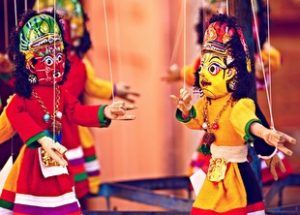 Other handicrafts like Nepalese hand-beaten singing bowls, well-known to have a ‘healing ability’, are very popular among certain groups. One can buy Khukri, a traditional Gurkha knife in the Thamel area, they come in fancy scabbards and have an elegant blade design.
Wooden and metallic puppets, pots, sculptures, beads, fabrics and silver jewellery are a few touristy collectables to take back home from Kathmandu