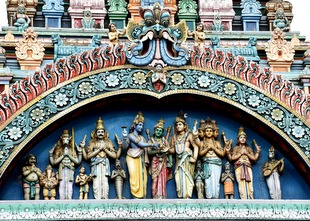 Famous for its rich history of human settlement and emperor, Madurai Dates back to 6th b.c.Kulasekara, a Pandya king built this temple 2500 years. Madurai is also known as ‘Thoonga Nagaram’, the city that never sleeps, describing its people and nightlife more appropriately. 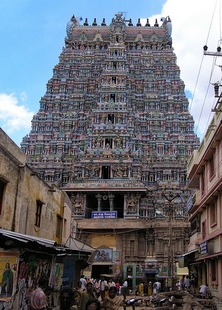 This city is the third-largest city in Tamil Nadu and 44th populated city in India. The aforementioned name Madurai may be derived from the word ‘Madhura’ arising out of divine nectar that has been showered on the city by the Hindu god ‘Shiva’ from his matted hair. This city is also an important educational and industrial hub with being home to historical monuments.

Madhurai is the major pilgrim city with Hindu carvings and numerous temples and monuments flocked by the tourists. Madurai is built in the shape of a lotus and it is popularly known as the City of Temples since it emphasizes a great deal on the religious festivals.

Some of the major pilgrim and religious sites in Madurai are:

Located on the southern bank of the Vaigai river, the Meenakshi Amman Temple is located in the city of Madurai in Tamil Nadu. Nayak rulers build this temple during 6th b.c. It has got 4500 pillars and 14 gopurams, with the tallest being 170 feet.

Meenakshi Temple is also known as Meenakshi Sundareswarar temple being literal names of Parvati and her consort shiva. Meenakshi means ‘fish-eyed’ mentioned in the early historical account as a fierce, unmarried and meat-eating goddess. In April and May, a million visitors visit this temple to celebrate the annual 10 days Meenakshi Tirukalyanam Festival which is the celebration of the divine wedding of Meenakshi Amman with Lord Shiva.

The time to visit this temple every day is from 5 am. To 12:30 p.m and from 4.00p.m. to 10.00 pm.But if you visit this temple and you are a non-Hindu, you are not allowed to visit the main shrines of the temple and as per the codes, male devotees should wear dhotis or pajamas with upper cloth, or formal pants and shirts. Women should not wear sleeveless and children should wear decent clothes.

Located in the center of Madurai and constructed in Dravidian style, this temple is dedicated to Lord Shiva. Koodal is another name of Madurai and Azhagar translates to ‘beautiful one’ in Tamil. It refers to Vishnu as Koodal Azhagar and his consort Laxmi as Mathuravalli.

Pandyas built this temple with later additions of pillared halls and shrines by Nayak kings 16th century. This temple is situated near Meenakshi Temple and lies n the 65th spot in 108 Divya desams. Koodal temple has a giant gateway tower, a 5 towered rajagopuran rising to the height of 125 feet and a complex covering the total area of 2acres.

This is the only Vishnu temple to have the visual limitation of the nine planetary deities(one excluded). Time to visit this temple every day is from 5;30 in the morning to 12.00 at the noon and from 4:00 pm tp 9:00 p.m.You need to wear a decent dress code during the visit to this place.

Built-in the cut-rock structure, this temple is also known as Subramanya Swamy Temple. It was built by Pandya in the 6th century and is one of the six main pilgrimage sites for the devotion of the son of Shiva-Lord Murugan(Subramanya), the Tamil god of war.

The main shrine has the deity of Murugan along with the deities of Lord Shiva, Vishnu, Vinayaka, and Goddess Durga. The everyday time for a visit is from 5.30 am to 1 pm and 4 pm to 9 pm.

The main festival is Brahmotsavam along with Skanda Shasti, Kartikai festival, Vaikasi Vikasam, and Vaikuntha Ekadashi. We recommend wearing traditional clothes during the visit to this place.

Covering an area of about 2 acres (0.81 hectares) and five-tiered gopuram (gateway tower) huge granite walls encloses the azhagar temple in a rectangular enclosure. This temple has been dedicated to Lord Vishnu and has large gopurams and pillared mandapams like every other South Indian temple.

The central shrine has the image of the presiding deity, Sundarabahu Perumal in standing posture. The time on normal days is from 6.00 AM to 12.30 PM and 3.30 PM to 8.00 PM. April and May is the time for the Chitra festival ad is, therefore, the perfect time to visit this temple. We suggest wearing a decent dress to visit this temple. 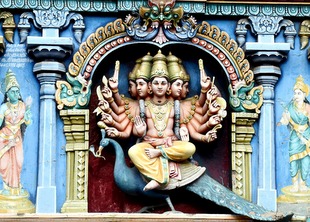 Also known as Pazhamudircholai Murugan Temple. Murugan temple lies 25km north of Madurai and is one of the six main pilgrim sites that has been devoted to Lord Shiva(Lord Murugan).

This temple is located at the foot of the Yanaimalai hills and is 8km from Madurai. With its deity as Yoga Narasimhar temple, this temple has been to Vishnu. It was built during the Pandya rule and is a good example of Cave sculpting. The temple has a front mandapam and the carvings of Narasimha from the hill itself.

The regular hours to this temple is from 7 am to 12noon and 4 pm-8 pm. The best time to visit this temple is during the Gajendra Moksha festival. There are no boundations for the dress code but they encourage modern attire. 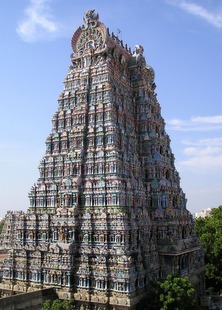 This temple is located in the Varushanad hills and the main deities are Lord Vinayaka and Saptannikas. People believe that spring cures all the diseases if we bath or eat food cooked from it.

So its time to pack your bags and wander around the hills in Madurai. Tell us which part of the temples did you like the most in the comments sections. Read our blogs to find out the possible places you can lose yourself in.