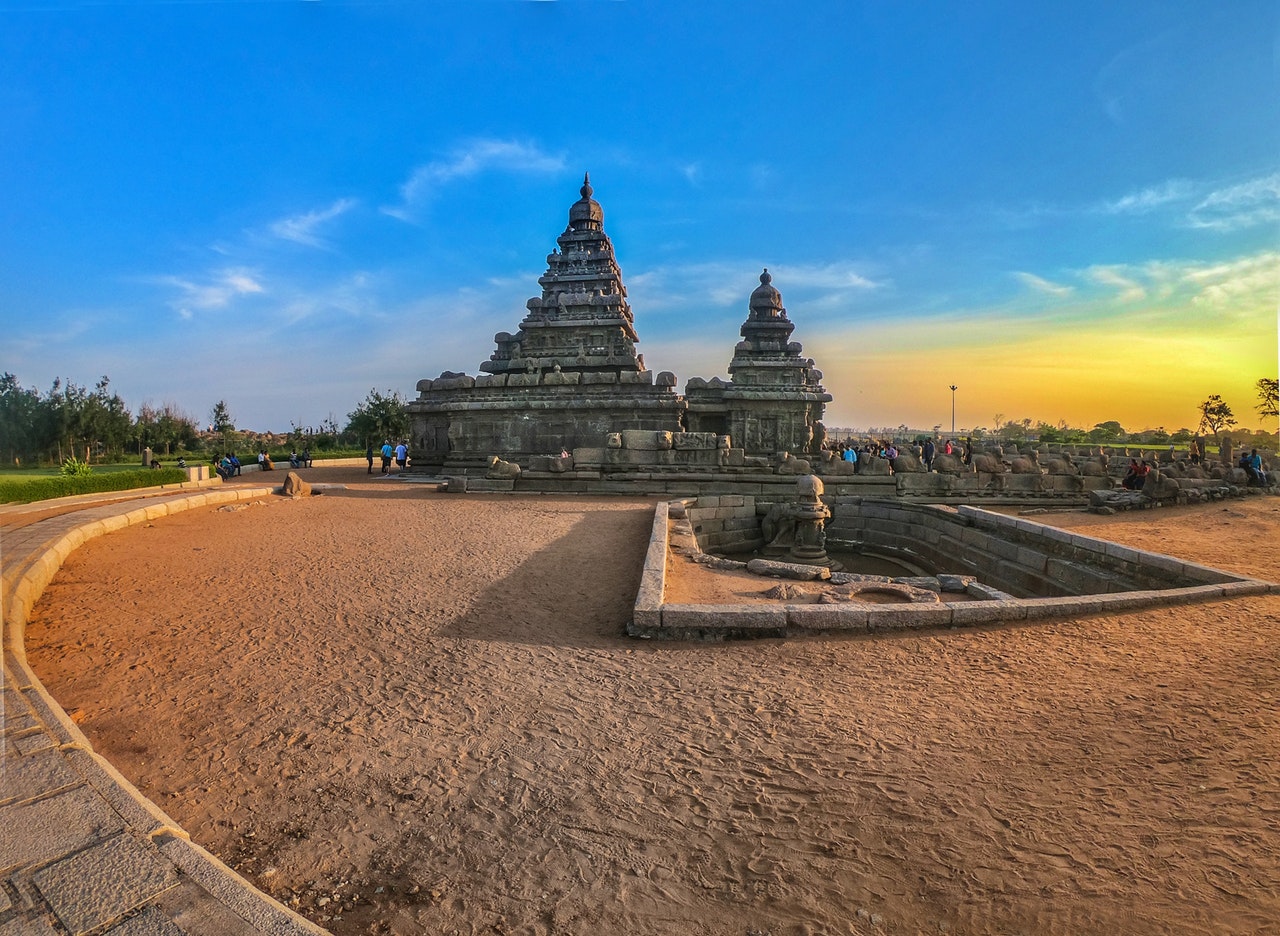 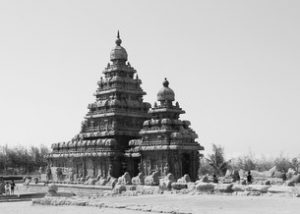 India is incredible for several historical and religious factors. The present-day monuments of India are the outcomes of the great chronicles in the past. Mahabalipuram owns some of the prominent monuments of the country.

The town of Mahabalipuram has even attracted the presence of Prime Minister Narendra Modi and Chinese President Xi Jinping for an informal meeting. Situated in the Kanchipuram district of Tamil Nadu state, Mahabalipuram is also known as Mamallapuram. Mahabalipuram which houses temples and monuments is settled at the shores of Coromandel Coast of the Bay of Bengal.

The evolution of South Indian culture and tradition has a unique place in the books of history. Many dynasties have ruled the southern lands of India. And during the reign of those dynasties, several places have gained importance.

The rulers settled their capitals in certain towns and developed the areas in fields of trade, heritage, literature, wealth and culture. Mahabalipuram is a tourist attraction for not just one eminent monument or temple but many such sites. It has a beach, cave temples, monolithic sculptures, ancient structures, sites mentioned in age-old epics. As Mahabalipuram holds tourist sites which reflect the history, UNESCO has named it as a world heritage site.

Mahabalipuram is also popular for temples. Pallavas built many artistic temples during their period. These included a group of temples called ‘Seven Pagodas’ or Seven Temples. 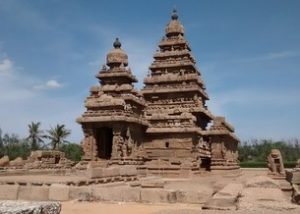 The Shore Temple is one of the Seven Pagodas. People believe that the other six temples have submerged in the sea. The Shore Temple faces the sea and has two parts in its structure. Pallavas popularised this temple during their reign. The temple is dedicated to Lord Vishnu and Lord Shiva. The outer structure of the temple has beautiful, sharp and fine carvings. The architecture of the temple shows that Pallavas possessed a great interest in art and creativity.

Why not fancy the sight of a lighthouse when one is at the seashore? It is obvious to expect it while visiting the beach. To add on to its attractions, Mahabalipuram has an eye-catching lighthouse at its beach. One can have the view of the landscape around the lighthouse from top of it. Tourists can enjoy the sight of the coast and sea from the top. The entry fee to the lighthouse is very nominal. 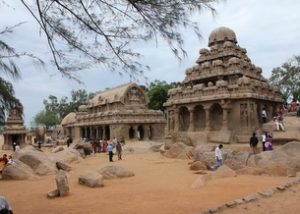 The word Panch Rathas means ‘Five Chariots’. These five chariots at Mamallapuram were designed for each of the five Pandavas namely Yudhishtira, Bheema, Arjuna, Nakula, and Sahadeva. The Pancha Rathas are the famous monolithic structures of Mahabalipuram. 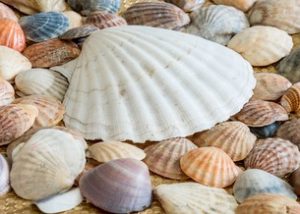 As the name describes, this museum is the exhibit site for many dioramas and models of historical inventions and discoveries. For instance, the Maritime Heritage museum has models of diesel ships, communication devices, Egyptian papyrus boats, etc.

Krishna’s butterball is a famous tourist spot of Mahabalipuram for its slopy position over a hill. Referring to ancient scripts, the big stone is compared with the lump of butter.

Lord Krishna loved to steal and eat butter. The original name of the structure is Vaan Irai Kal meaning ‘Sky God’s Stone’. Putting aside the matter of its comparison to a chunk of butter, what puzzles the viewers is the slopy posture of the boulder. The rock seems to be rolling down the hill.

Also, the hill below and the boulder are in an inclined placement. But the rock has not rolled down the hill to date. Tourists and locals try to push the boulder down the hill. The reason for such stability with a seemingly unfavorable position is said to be a miracle.

Arjuna’s penance and descent of Ganges 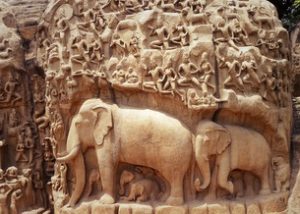 Another tourist attraction of Mahabalipuram is a huge rock carving and monolithic sculpture. It is so large to be captured in photographs. One can have a complete view of the sculpture by a visit to the spot.

The whole monolithic stone has the carvings of Arjuna’s penance and descent of the Ganges. Arjuna performed great penance in the name of Lord Shiva to attain the powerful weapon of Lord Shiva. The cave carvings narrate this incident.

Bhagiratha, a sage also prayed Lord Shiva with great determination. He requested Lord Shiva to hold the heavy flow of the Ganges in his hair. The carvings depict how Bhagiratha brought the heavenly Ganges to Earth. 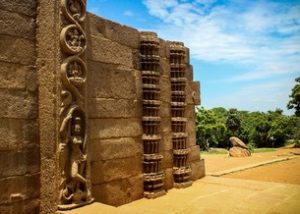 The cave has carvings of funny, brave and tricky incidents of Lord Krishna like breaking pots of Gopikas, stealing butter, raising Govardhana hill on his little finger, childhood games with his friends, etc.

The Varaha cave temple is the depiction of the creativity of Pallavas. The word Varaha means ‘wild boar’. Varaha avatar is one of the incarnations of Lord Vishnu. The cave has carvings of the activities of the incarnation Varaha. The carvings also demonstrate the other incarnation of lord Vishnu i.e Vamana avatar, a dwarf, the form taken by Lord Vishnu to defeat cruel king Bali.

How to reach Mahabalipuram?