Orissa- An Alluring State of India 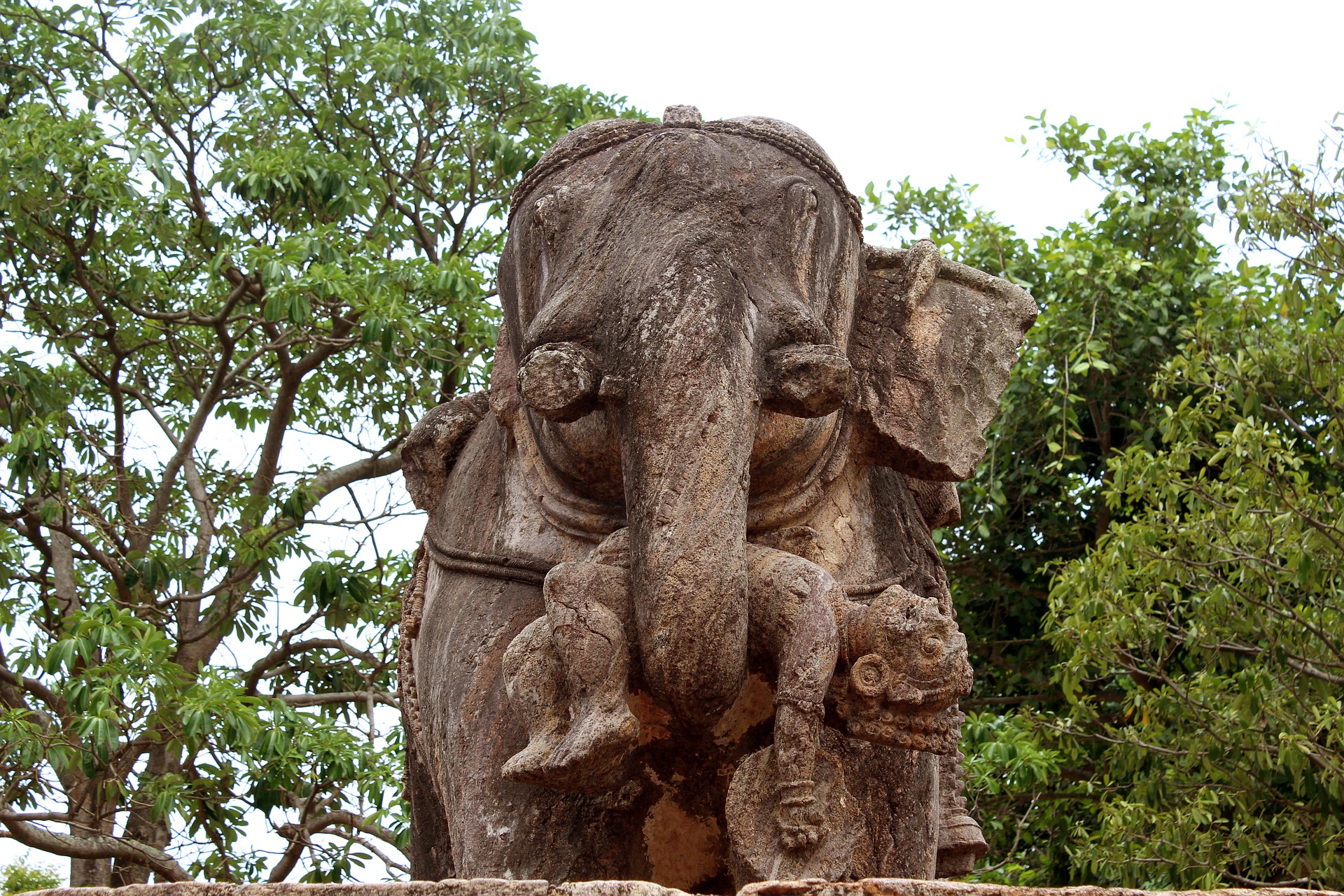 Orissa, a mixture of culture, history and nature’s beauty is an eastern Indian state having Bhubaneswar as its capital. If you are a nature lover or a historian or a philomath of culture, here is the perfect holiday destination for you.

How to reach Orissa? 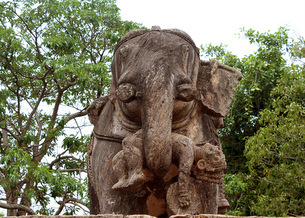 You can reach Orissa either by using Roadways, Railways, Airways or Waterways.

By Airways: Bhubaneswar-Biju Patnaik Airport. It is the primary international airport in Bhubaneswar. Besides, the city centre is 6 kilometres away from the airport.

By Waterways: Orissa has a major port at Paradip as well as few minor ports.

By Railways: There are many direct dailies as well as weekly trains connecting Orissa to all the major cities of India. Bhubaneswar railway station is one of the most convenient stations to reach Orissa.

By Roadways: National and State Highways connect Orissa to major cities of the country. The Odisha India map can better help you in finding the National Highways, State boundaries and District boundaries.

Orissa(now called as Odisha) has many attractions such as the beautiful temples, irresistible beaches and also the divine nature. Here is the list of the places that you must visit in Orissa. 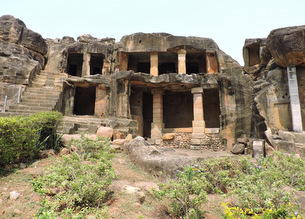 Lingaraja temple is the widest and one of the adored temples in Bhubaneswar. “ One of the finest examples of purely Hindu Temple in India” is Lingaraja Temple-James Ferguson a historian. Lord Shiva is worshipped at Lingaraja temple. Harihara, a portmanteau of Shiva and Vishnu is also another name of Lingaraja.

There is a belief that an underground river arising from the Lingaraja temple that fills the Bindusagar tank heals the physical as well as the spiritual illness. The main festival of Lingaraja Temple is ‘Shivaratri’. On Ashokastami the idols of Lingaraja and his sister Rukmini are taken in a chariot to Rameshwar Deula temple in Rathyatra.

Lord Shiva is worshipped at Mukteshvara temple. The word Mukteshvara means “Lord of Freedom”. There is a belief that a dip in the tank called “the Marichi Kunda” in the eastern side of the temple cures infertility in women. The devotees buy the water of the tank in the evenings. The Orissa Tourism Development Corporation conducts a three-day yearly dance function called ‘Mukteswar Dance Festival’ in the premises of the temple which showcases the traditional dance as well as music of Orissa.

The name Rajarani comes from the name of the material used to construct the temple that is Rajarani(red and yellow sandstone). The presence of Naga, the King(Raja) and Nagini, the queen(Rani) at the entrance, gave the name Rajarani to the temple is also a local belief. The Orissa Tourism Development Corporation conducts Rajarani music festival every year in the same way as the Mukteswar Dance Festival. The music festival gives equal importance to not only Odissi music but also Hindustani and Carnatic.

There are also many other temples in Bhubaneswar like Ananta Vasudeva Temple, Ram Mandir and ISKCON that must be visited.

The city’s cuisine includes rice and a fish curry known as Machha Jhola which can be accompanied by various desserts available. Kora Khhaii made up of paddy, jaggery and coconut pieces are famous in Bhubaneswar. For all the food lovers, to enjoy the flavoursome cuisine, there are many modern as well as luxurious restaurants and hotels in the city. 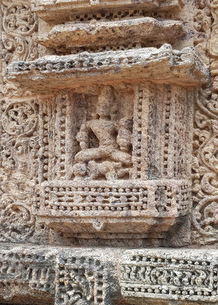 Sri Jagannath Dhama(Puri) is one of the Char Dham pilgrimage sites for Hindus. The Jagannath temple’s religious importance makes Puri as the Spiritual city of Orissa. The Rathyatra which is held in the temple complex is attended by millions of people every year. The Orissa Tourism Development Corporation makes special arrangements for Rathyatra as 80% of the economy depends upon the religious importance of the Jagannatha temple.

The Jagannath temple triad(Jagannath(Lord of the universe), his brother Balabhadra and sister Subhadra) are brought out on the Bada Danda during the month of Asadha. The triad is then taken to the Shri Gundicha Temple in huge chariots, allowing the devotees to have darshan. This festival is known as “Rath Yatra”. Besides, Chhera Pahara, Chandan Yatra, Snana Yatra, Anavasara or Anasara, Nata Kalebara, Suna Besha, Niladri Bije, Sahi Yatra and Samudra Arati are other festivals related to Rathyatra.

Puri Beach is a unique beach of Orissa as you can witness both sunrise and sunset on the same beach. It is also a sacred venue for millions of pilgrims visiting puri. In addition to Puri beach, Balighai beach, Beleswar Beach, Swargadwar Beach and Golden Beach are other beaches that are renowned for their beauty in Puri.

Konark is a town in the Puri district in Orissa. The main tourist attractions of Konark are: 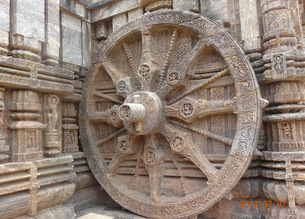 Surya Devalaya or the Black Pagoda is one of the World Heritage Sites. The chariot of the Sun-god, Surya, with twelve pairs of ornamental wheels pulled by seven horses attracts tourists and devotees from worldwide.

Chandrabhaga beach is one of the environment-friendly clean beaches in Orissa which is becoming Asia’s first to get the Blue flag certification.

The Sun Temple Museum of Konark stores as well as displays the artefacts of the Sun temple. 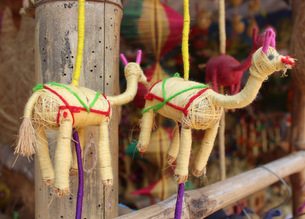 The local handicrafts of the state are displayed and traded in Cuttack which is the centre of all Commercial activities of the State. So, if you are a shopaholic, Cuttack is something which you cannot miss in Orissa.

The divine nature has so many things hidden in it for us. Chilka lake is a place where you can find a variety of flora, fauna as well as aquatic faunas. The lake has also got a few tiny islands which include the most attractive Honeymoon island and the Breakfast island. Besides, Chilka lake is Asia’s biggest internal saltwater pond.

Hirakud Dam is the largest artificial lake in Asia and furthermore, it is a major site for birdwatching. So, do not miss out this longest dam, which is the pride of Orissa. Besides, Kolab Dam, Pata lake, Upper Jonk, Rengali Reservoir, Kanjia lake, Sorada Reservoir are such other lakes that have to be visited in Orissa.

The National parks and Sanctuaries of Orissa exhibit both rich biodiversity and greenery.

Oriya is the official language of Orissa, where 82% of the population are native speakers. If you want to know about the culture, history as well as the present scenario of Orissa, you can try to speak to the local people with the help of various language learning apps. Also by trying to follow the state’s news i.e Orissa news to know the current scenario. If you are already a master of the language, you can also follow Orissa news in Oriya.

So, why late, pack your bags, Orissa is waiting for you. We are sure that you will be returning with an experience that you will cherish throughout your life. Also with great knowledge of History and Culture that can be passed to your future generations as a rich heritage.