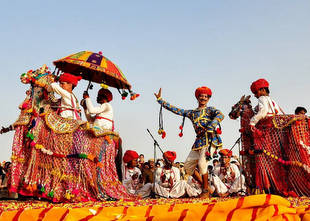 Held every November at the hour of the Kartik Purnima full moon, Pushkar Camel Fair is one of the most popular and most established fairs of India. Also known as Pushkar Mela, begun mainly as cattle exchange fair, where individuals brought their cattle, Camels, and Horses for trading in the market. The fair has now also become a major tourist attraction. It is one of the largest cattle fairs in the world.

It is recommended to make bookings in advance for a smooth experience.

How to reach Pushkar?

Nearest railway station to Pushkar is Ajmer, from there either you can take a local bus or you can hire a taxi.

The closest airport is Jaipur.

Rituals during the Fair

Pilgrims those visit Pushkar come to take a holy dip in the Pushkar Lake and offer prayer to the deity residing in the temple at Pushkar, Lord Brahma. This is the only temple of the lord in the country, which makes it an important pilgrimage point. The two full moon days are regarded as highly auspicious that calls for special rituals and prayers to the deity.

Features of the Fair 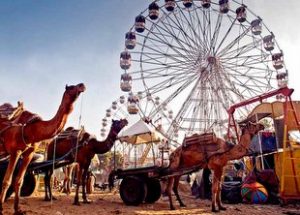 The varied art of colourful Rajasthan is exhibited in front of the curious tourists in the Fair. From jewellery items for cattle, ranging from saddles, saddle-straps, beads, strings and cowries, to items specifically exhibited for the human folks, the array of artefacts exhibited is just endless.

DO NOT MISS the Hot Air Ballooning in the Fair.

One of the top reasons to visit Pushkar Fair. Further, along with this unique experience, one can also indulge in a number of adventurous activities like para-motors, quad biking and horse riding, among others.

Camel Safari is also not to miss factor of the fair

Where to stay in Puskar

The best and the affordable staying option is OYO or hotels from Make My Trip. For a luxury stay book any camp option from various travel agents. RTDC also gives an option for a comfortable stay The tariff might be high according to the demand.

Best Tips For Your Pushkar Trip: 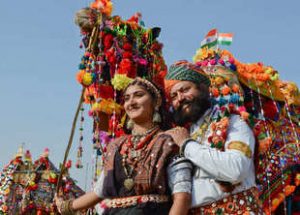 ASK FOR THE PERMISSION BEFORE CLICKING THE PHOTOS OF CAMELS OR LOCALS. 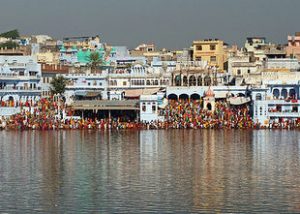 It is the sacred lake of Hindus.Pushkar Lake is surrounded by 52 bathing ghats, where pilgrims visit in large numbers to take a sacred bath, especially around Kartik Poornima(October–November) when the Pushkar Fair is held. A tourist takes a dip in the sacred lake is believed to cleanse sins and cure skin diseases. Over 500 Hindu Temples are situated around the lake. 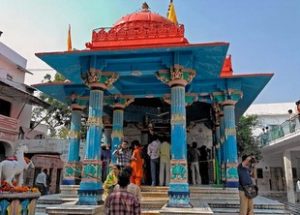 Known as the Jagatpita Brahma Mandir .The temple is one of the very few existing temples dedicated to the Hindu creator-god Brahma in India and remains the most prominent among them. Located near to Pushkar Lake.

Varaha Temple is the largest and ancient temple of Pushkar. It is dedicated to Varaha The Boar which is the third incarnation (avatar) of Lord Vishnu. The Varaha temple houses an image of Lord Vishnu in the incarnation of wild boar.

Situated near to the sacred lake, The palace is believed to be the biggest royal home built in the city.The palace had been built to serve as a city guest house for Raja Man Singh I. This was to be primarily used by the King when he would visit the holy city of Pushkar. Currently it is converted into a heritage hotel.