Visakhapatnam -The City of Destiny {2020} 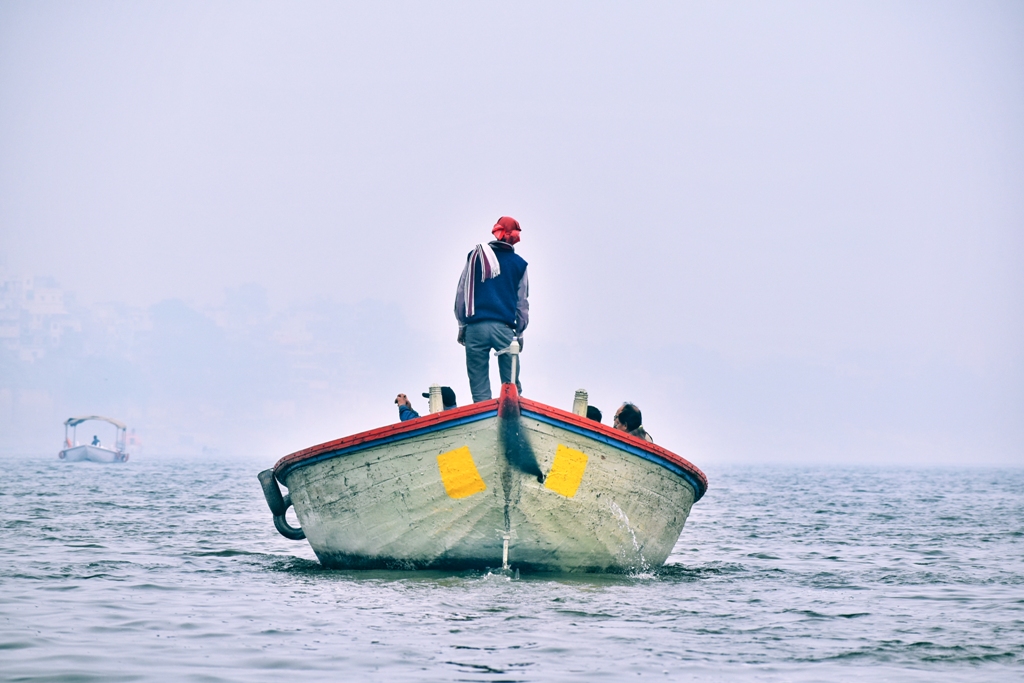 Popularly known as Vizag, Visakhapatnam is named after Lord Shiva’s son, “Visakha”, the god of valour and war. Whereas “patnam”  means ‘a city’.

It is primarily an industrial city, but also attracts tourists due to its unspoiled sandy beaches, well built and maintained parks, Buddhist Remnant sites and nearby scenic areas, such as the Araku Valley.

The city has a population of about 2 million. It’s also famous as the Goa of the East, the jewel of the coromandel coast, steel city, and most importantly, the City of Destiny.

Visakhapatnam is an underrated jewel on the east coast of India, this city has a lot to offer to anyone that keeps a foot on its threshold.

The city got its famous tagline of The City of Destiny in the 1930s by then Vice-Chancellor of Andhra University, Dr C R Reddy.  As he always thought of Visakhapatnam as the city of the future, which would change the destiny of one and all who came to the city.

Through ravages of time, Visakhapatnam has been ruled by many dynasties like the Kalingas, the Chanakyas, the Rajahmundry Reddy kings, the Cholas and many others.

In the 15th and 16th centuries, it was a part of the Mughal empire. As it is on the shore of the Bay of Bengal, it was an important port for the import and export of products like ivory, tobacco, muslin and others.

Hence, the French annexed in the 18th century. Since Independence in 1947, Visakhapatnam has been one of the most important import-export industry ports of the country.

How To Reach Visakhapatnam:

By Flight: Visakhapatnam airport is an International Airport 8.8km away from the main city. It is well connected to all the major cities of India and also receives direct flights from Bangkok and Singapore.  Cab services and autos are available for travelling from the airport to the main city.

By Train: the Visakhapatnam Railway Junction is 13.8 km away from the main city. It is connected to all the major and minor railway stations of the country.

Autos, cabs and even state-run bus services are available outside the station for travelling to any part of the city.

By Bus: The Andhra Pradesh State Road Transport Corporation (APSRTC) is well connected to all the major cities in the state.

With a bunch of private transport companies, Visakhapatnam is connected to major cities like Chennai, Hyderabad, Bangalore, etc.

By Road: Visakhapatnam is connected to major cities like Chennai and Kolkata via Bhubaneshwar and Vijaywada,  by National Highway (NH) 5.  State highway (SH) 35 is the major state highway which connects Vizag to all the intra-state cities.

Best Places To Visit In Vishakhapatnam:

The ride to this place up gives a beautiful view of the Ram Krishna beach and RushiKonda beach on the right and left side.

For the people to move up and fro, there is a ski lift available at an affordable price. There is a big sculpture of Lord Shiva and Parvati and has a designated children’s play area too.

Travelling to the hilltop by the ropeway will give you a beautiful bird’s eye view at night.

At the foot of the ropeway, there is Tenneti park, which is a spectacular Eco marvel, worth going to. All in all, Kailashgiri is a perfect blend of a hilltop, with a view of the city on one side and the beaches on the other. 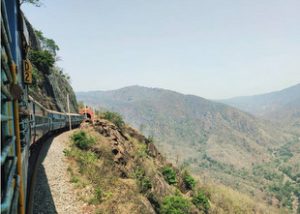 A six-hour train journey from Vizag, it starts early morning (around 6:50 a.m.), for which you should reach an hour beforehand to be able to get seats.

Although it isn’t worth living at for days, yet for a day the APTDC provide decent lodgings. Book your rooms at APTDC website before planning this trip.

The train snakes through small mountains and caves. Padmavathi Botanical Gardens are a must-visit place. At the APTDC lodge, cabs are available for travelling around the valley, and for visiting the Bora caves, all in all, making it an amazing ride!

In the hamlet of Anakapalli, nearly 40 km away from Visakhapatnam, Bojjana Konda is situated near Sankaram village. It offers one of the earliest architectural remnants from the Buddhist period, ranging from 200 B.C. to 700 A.D., found during the excavations of 1906.

On the Eastern hill,  it has a series of rock-cut caves, numerous groups of monolithic dagobas, and crowning all, a rock-cut stupa with extensive structural remains. On the western side, there is a stairway leading to a double storied cave, with an entryway swanked by two huge dwaarpalas.

16 firmly planted massive pillars divide the rectangular cave chamber into 20 compartments. A rock-cut stupa stands in the centre on a square platform.

Its located in a former village by the name Bheemunipatnam, 25 km away from Visakhapatnam. Apart from the beautiful beachside, this village has the remains of a Portuguese church, Dutch cemeteries, and a Buddist Monastery.

Managed by the company Gangavaram Port Limited along with the Andhra Pradesh Government, located in Visakhapatnam, Gangavaram is the deepest port of India, with a depth of 21m. Its biggest client is Rashtriya Ispat Nigam Limited., which runs the Vizag Steel Plant.

Being a developed city in its own right, there are various options for tourists looking for a place to stay or lodge in Vizag. The place has many options like :

According to the budget of the traveller, there are many hotels in the city which provide lodging and various amenities like free wi-fi, food, laundry services etc.

Hotels like 99 Residency, Hotel Supreme,  etc are some of the famous hotels with moderate prices, good amenities and satisfactory lodging.

For people wanting luxury above budget, places like the Four Points by Sheraton, The Gateway Hotel, etc offer luxurious stays and top-class amenities.

Again for people who don’t mind splurging, you can use Cozycozy to find all types of accommodations (hotel, villa, homestay, resorts, hostels..) at your fingertips. You can not only compare the offers coming from the different websites but also the type of accommodation you are looking for as well.

Things To Know Before Visiting Vizag:

All in all, it is a beautiful city, ripe with many unexplored locations. Do visit the eastern Goa once whenever you visit the state of Andhra Pradesh. Visakhapatnam would not disappoint you in the slightest.