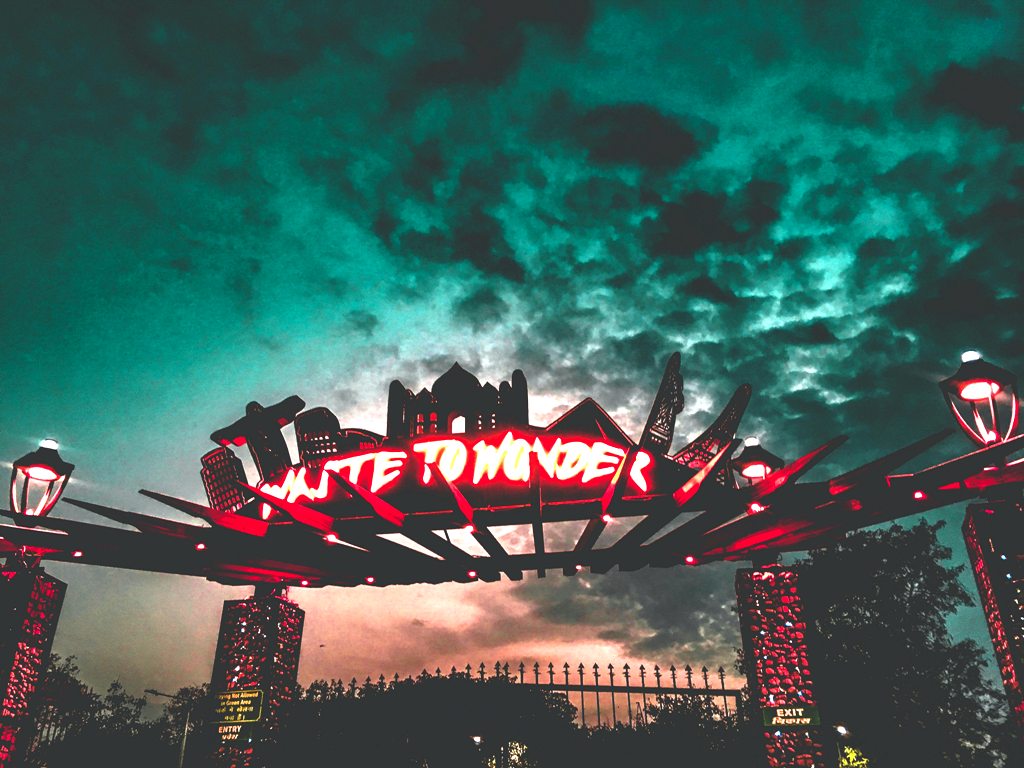 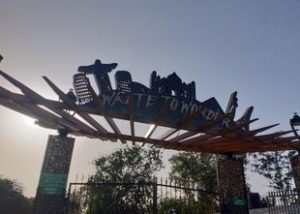 We have heard about many kinds of theme parks such as Amusement parks, Water parks, National parks, Children parks but what is this new Waste To Wonder Park?

You must know that it is the World’s first theme park having all the seven wonders replicated by using waste materials. The structures are built 150 tons of scrap collected by The South Delhi Municipal Corporation. The waste includes automobile parts, rods, iron sheets, fans, bicycle, nut-bolts and bike parts, along with the industrial waste.

It’s a great park for the people like me who always wanted to visit seven wonders now they can enjoy them in their own state. 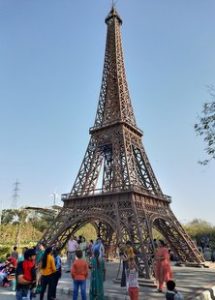 The French name for the Eiffel Tower is La Tour Eiffel, it also has the nickname La dame defer which means the iron lady. It is named after Gustave Eiffel, whose company was in charge of the project.

The Taj Mahal was designed by a large 22,000 labourers, painters, stonecutters, embroidery artists. Taj Mahal is a famous Indian landmark that attracts more than a million tourists every year. Above all the architecture of the Taj Mahal the early Mughal designs which is a combination of Indian, Persian and Islamic design tradition. This lovely structure of Taj Mahal has been crafted using 1600 cycle rings, electrical pole pipes, old pans, park benches, swings, truck springs, sheets etc. and the domes are created by using a pair of pipes, truck sheets are used to produce complex style, window, and door frame by using benches.

The largest stone amphitheatre was known as Colosseum that was developed around 70-72 A.D by the Emperor Vespasian of the Flavian dynasty. Next, to Vatican City and its holy sites, the Colosseum is the second-most visited spot in Italy and the most-visited monument in Rome, drawing up to six million tourists a year. Wastes that are used to generate it are electrical poles, metal railings, bench, automobile spare elements etc. automobile wheels also are used to create arches. 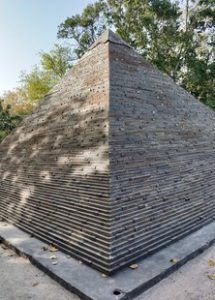 Around 110 layer structure has been generated by using 10,800 feet scrap angles weighing 10-12 tonnes. It is the oldest of the seven wonders of the ancient world, and the only one to remain mostly intact. The ancient name of the Great Pyramid of Giza was Khufu’s Horizon.

The Leaning Tower of Pisa is a circular shape and has eight floors. The tower is slightly curved by various architects to keep it from leaning more or falling over.

It was constructed in the 12th century. The replica is made from cycle rim, diamond designs in between the arches that are made from metal sheets and pipes to look like a pillar.

It’s one of the largest statues of Jesus. It reaches a height of 30 metres. Construction of the statue took 9 years. The statue boasts an impressive title. In 2007 it was voted one of the New Seven Wonders of the World along with the Great Wall of China, Machu Picchu. This is to say that the workers who made these tiles wrote notes on the back, so this iconic landmark is full of hidden messages.

From benches, square pipes are used to make the pedestal. To make the lower part of the statue dress electric poles have been placed vertically. Motorbike chains are used to create hair and engine parts for hands. 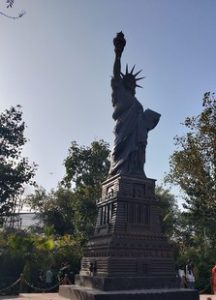 The pedestal has been created using old piles, metal railings and angles, circular rings are created by using car rims. With her left hand, Roman liberty goddess holds a tablet carved from an MCD bench and metal sheets. In her right hand, she holds a torch made up of old bike. In addition, her hairs are made by cycle chains.

Visit this unique park and appreciate the government’s initiative towards the recycling of waste materials.