Vaishno Devi(Katra) Yatra In 2020A Sacred Temple Inside The Depths Of A Cave? 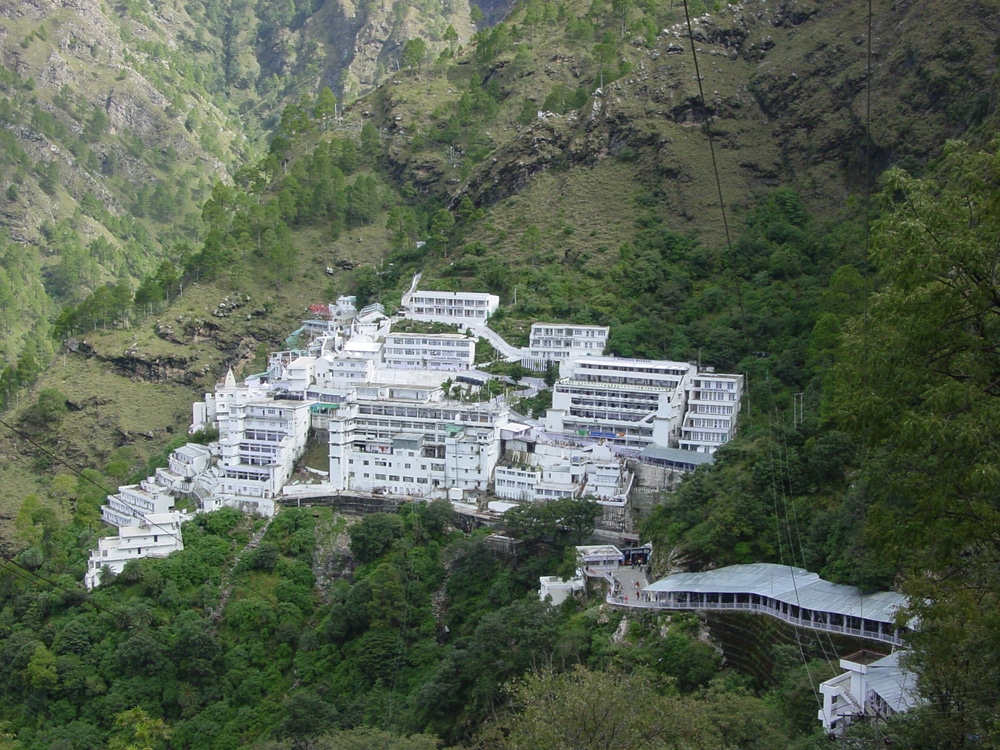 Do you know the secret of Vaishno Devi? It is said to cure people and grant the longing wishes of its devotees. Have you ever seen a temple and a goddess inside a cave?

Well then, brace yourself for this divine experience. The goddess Vaishno Devi is also known to be made by Hindu Goddesses Laxmi, Saraswati and Maa Kali. Almost 10 million devotees visit this temple to seek Mata’s blessings each year.

A Goddess Who Turned Into A Rock? Unbelievable? Well, You Are Up For A Surprise! Find Out The Truth Behind Vaishno Devi!!

How Vaishno Devi Came Into Existence? 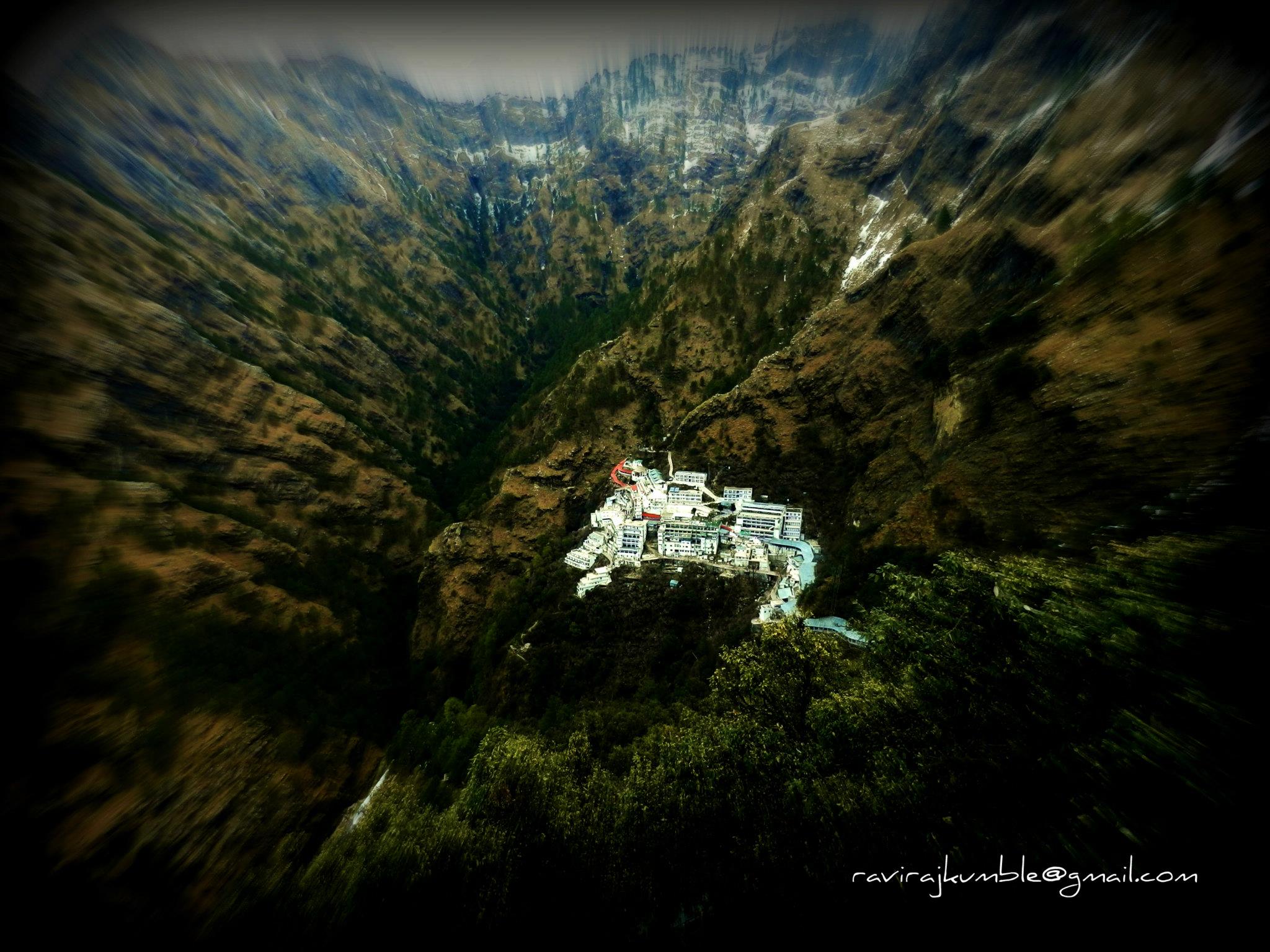 Legend states that while the goddess was busy attacking the asuras. The three devis, Maa Kali, Laxmi, and Saraswati got together to form a little young girl. As the girl asked why she has been created, she was told to live with humans and their lives.

They ordered the girl to go take birth in a great devotees house. She, in the form of a baby girl named Vaishnavi that year. Vaishnavi, as she grew older, realized that meditation was one key factor in reaching Mata.

The goddess Vaishno Devi story is repeated by many villagers and devotees and a real wonder into history and mythology.

Lord Rama met her during his exile one day and promised her that if she met him after his exile, then he would grant her a wish. She failed in this but Lord Rama told her to meditate as that will only help her reach Lord Vishnu. Hence, she started immediately.

A yogi had a vision of the meeting of Lord Rama and Vaishnavi and sent his most able and trusted disciple, Bhairon Nath. Bhairon Nath started observing her quietly and within some time started pestering her to marry him. 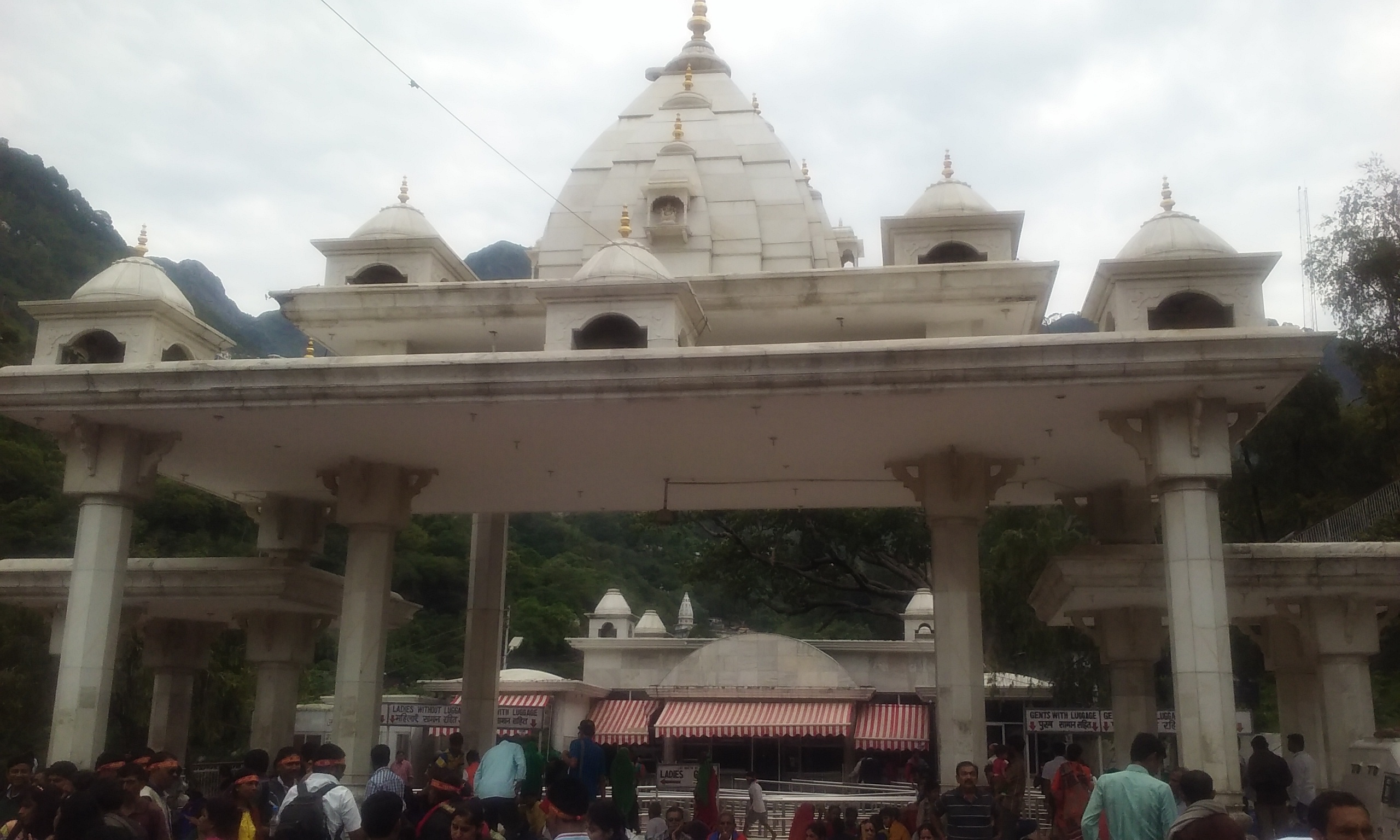 He kept following her around despite there being a “Bhandara” for all the devotees and finally the goddess was forced to kill him.

Vaishnavi then decided to take the form of a rock and into meditation forever. Hence, a 51/2feet tall rock with three heads which are otherwise also known as Pindies is the destination for a devotee to visit.

The cave is referred to as the shrine of Mata Vaishno Devi. Therefore, the 3 pindis in Vaishno Devi hold immense meaning and value.

When Was Vaishno Devi Discovered?

Maharaja Gulab Singh in 1846 donated Rs.5 lakh for the improvement and restoration of the cave which brought a lot of attention to this location.

However, the cave had been found by many others, centuries ago.

How To Reach Vaishnodevi?

The nearest airport to Katra which is around 50km away is the Jammu Airport. The major airports are connected to this airport. Regular taxi and cab services are available here at the airport for travellers.

There are State-run buses that are run by the government to carry and to bring travellers between Katra and Jammu, as well as private deluxe buses that are air-conditioned for use. Also, taxis and private cabs are available at this point.

The closest train station to Vaishno Devi is the Udhampur Railway Station. One can avail for taxis or cab services here. Vaishno Devi is at a distance of nearly 57km and will take you approximately 2 hours to completely reach your destination.

Places To Visit In Vaishno Devi: 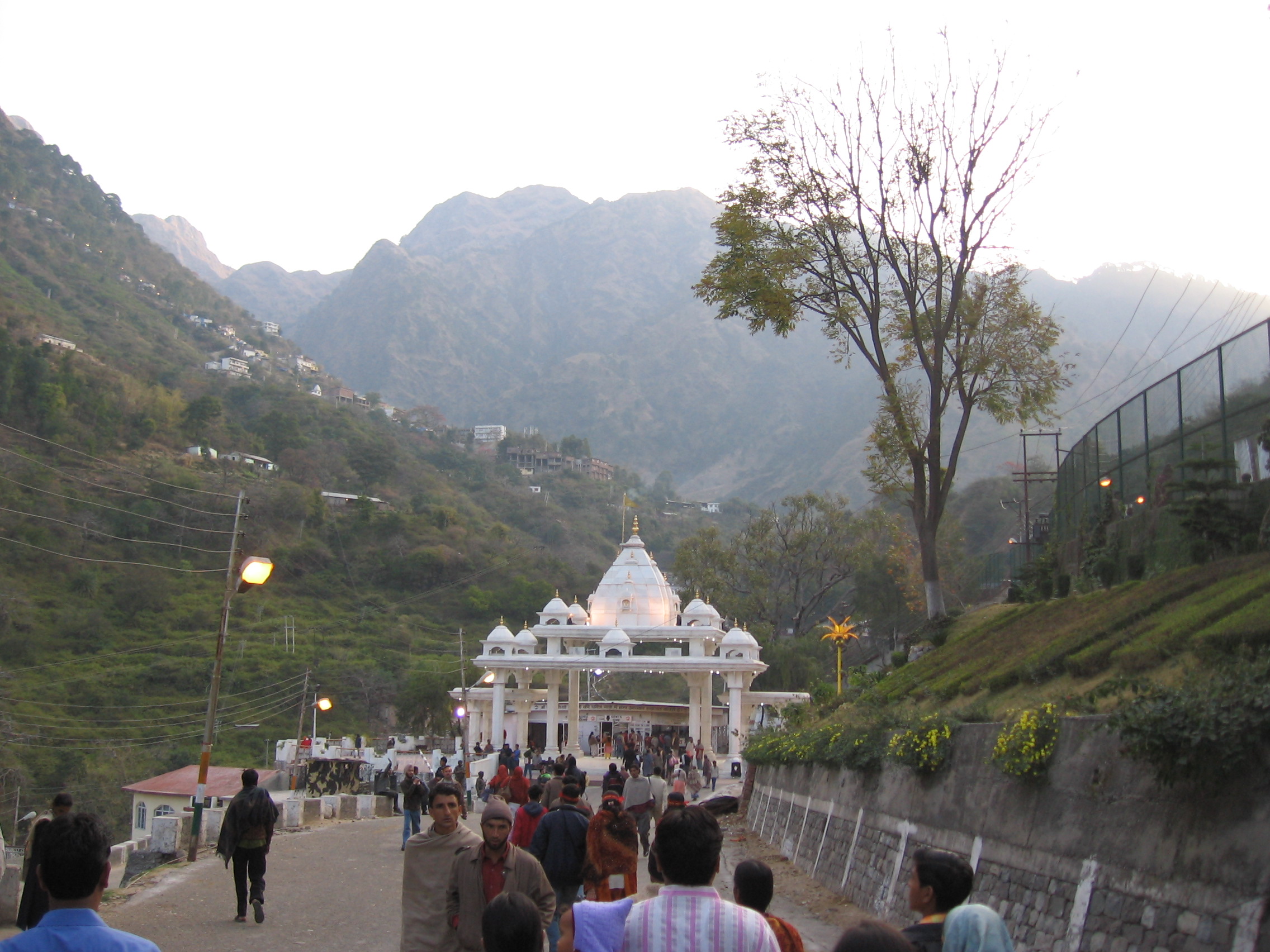 Lying right in the arms of The Himalayas, there is a temple which is dedicated to Goddess Vaishno Devi. It is located in the Trikuta mountains in the state of Jammu & Kashmir.

This is a Hindu temple and the goddess inside the temple is also referred to as Mata rani.

Travellers if you are planning on visiting this holy site, please do note that it is a religious destination and quite a trek at that. Wondering why?

Well, that is because this sacred temple is 13km trek uphill to reach the cave where the temple is built. But, don’t worry if your heart is weak! They provide helicopter services as well.

So high in the clouds, amidst the Himalayas, before reaching the temple of Goddess Vaishno Devi, these caves act like a resting area right before they reach the ancient shrine on the other side dedicated to 3 goddesses namely, Kali, Laxmi & Saraswati.

Everyone visiting the Devi’s shrine had to go through the Bhairavnath Temple as well. Did you know that legend says that he was beheaded by the Devi and where his head had fallen is where the temple of the Goddess Vaishno Devi began?

This 300-year-old historical gurudwara was built by a saint soldier, Baba Banda Bairaagi. This is visited by many tourists throughout the year and is only at a distance of 25km from Katra.

One can see the stories of war and tradition carved and embarked on the walls of this gurudwara.

That isn’t too far for a visit to the past! If you are in Vaishno Devi, it is highly recommended for one to see these locations as well.

The Vaishno Devi story is something that enthralls and enlightens travellers from across the globe who visit the holy place seeking blessings.

One can see the stories of war and tradition carved and embarked on the walls of this gurudwara.

Vaishno Devi is known as one of the most religious and holy places to worship the god. It is situated in the little town of Katra. It is not just the Vaishno Devi temple that acts as a tourist attraction.

What attracts people to visit Katra?

Well, the water bodies and peaks of Katra in Jammu and Kashmir are equally enchanting. Moreover, the Banganga and the Chenab river are also equally contributing to people tourism.

Shopping areas in Vaishno Devi offer mainly saris, prasad and shawls which are offered to the goddesses.

There are gold and silver coins as well which are sold there in the market. Delicious dry fruits like walnuts, almonds and apples are also found here.

March to October is said to be the best time to visit Vaishno Devi. The weather is super comfortable during these months as compared to the winter season.

The winter season is quite a challenge for people as you gotta be physically fit or love snow a lot to be able to make it.

What To Pack For Vaishno Devi Trip:

Cuisines in Vaishno Devi are mostly towards the Hindu religion. One can also find food without onion and garlic.

The localities have special food like Chocolate Barfi, Sund Panjeeri,

As for alcohol, it is strictly prohibited in Vaishno Devi as it is highly religious and sacred and consumption of alcohol is not allowed.

The Extravagant City Of Jammu:

If you are headed to Vaishno Devi and Jammu is on the way, do not miss out on the beautiful city!

There are many serene places to visit. Here is a list of the Top 5!

Amazing place for picnics and photography, this scenic view cannot be missed!

This 17th-century palace could be seen with hints of Mughal, Rajasthani and Baroque designs and architecture.

A natural shiva linga formation with a height of 150 meters & a 4 feet tall swayambhu lingam which has lime & milk substance constantly falling on it by nature’s miracles.

Ancient murals and paintings show the Ramayana and Mahabharata inside this palace as well as the mirror decorations and ornaments which give the place its name.

A dargah in Jammu looked after by the local Hindu people? Wow, truly feel the harmony when you visit this holy location.

1.What should I be carrying if I am travelling to Vaishno Devi?

2. Where can I hire horses for travel?

One is required to contact a contractor’s office. These renting rates are decided by the government.

3. Is it going to be convenient for old-aged people to travel the distance?

It is convenient for all age groups as there are numerous facilities available like ropeways, VIP Darshans, renting a mule, horse/pony, etc.

4. Do we need to book a ticket for darshan?

Yes, a free ticket needs to be booked at the main ticket counter before entering for darshan. On reaching the top of the climb, you will be asked for the ticket for you to be allowed inside for darshan.