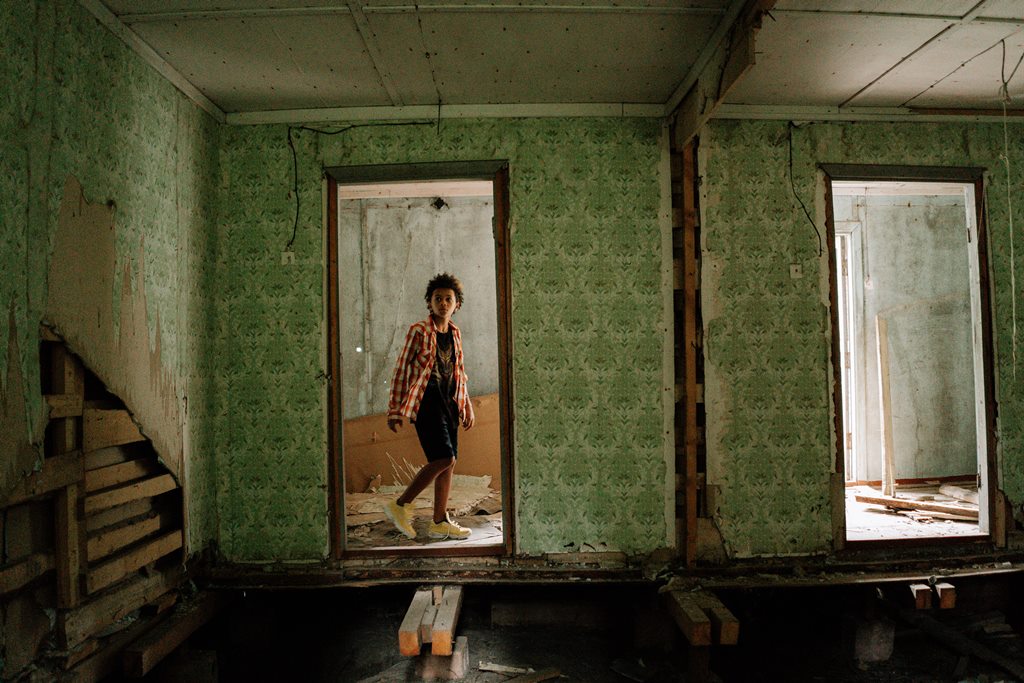 Did you know that the Bermuda triangle is a part of the world that was created by a dream? Or that there’s a monster who lives under the surface of the sea in caves and tunnels? Or maybe you are one of those who believe in ghosts, curses, and demons. Whatever your belief is, I am sure it is interesting. So I have managed this list of 25 Most Horror & Haunted Places In The World.

Hoia-Baciu has earned paranormal renown around the world after a military technician got an image of a “UFO” hovering over the woodland in 1968, with some thinking it to be a portal that leads visitors to vanish.

Rashes, nausea, and anxiety have been observed by some who have passed through the forest without being zapped into another realm.

Since its inception in 1909, the Stanley Hotel’s stately Georgian architecture and world-renowned whiskey bar have drawn visitors to Estes Park, but the hotel rose to new heights after inspired Stephen King to develop The Shining’s fictional Overlook Hotel.

What’s scarier than a ghostly cemetery? It’s most likely a haunting graveyard 50 feet underwater. During WWII, the Japanese Navy used Chuuk Lagoon (previously Truk Lagoon) as a defended base, and it was targeted by American forces during a three-day air strike in 1944.

Dozens of warships, planes, tanks, and railroad carriages sunk to the lagoon’s bottom, where they are now known as the “Ghost Fleet of Truk Lagoon.”

St. George’s Church (approximately 125 miles east of Prague) was founded in 1352 and has a long history. Several fires nearly destroyed the building throughout the ages, and its roof partially collapsed during a burial service in 1968.

One of the most popular sights in Scotland’s capital city is also one of its most haunted. The mediaeval fortress’s ancient dungeons, with sections dating back more than 900 years, have caused visitors to report sightings of colonial prisoners from the American Revolutionary War and French prisoners from the Seven Years War—and even the ghost of a dog prowling the castle’s canine graveyard.

When the castle-like Eastern State Penitentiary was established in 1829, it elevated solitary confinement to new heights. Prisoners lived, exercised, and ate alone in their cells; when an inmate left his cell, a guard would cover his head with a hood so he couldn’t see or be seen.

Despite its distinction as a UNESCO World Heritage site for its well-preserved representations of Aztec life, the Xochimilco district has achieved some internet renown for its Island of the Dolls. The place is famed for the hundreds of dolls—and doll parts—hanging from trees and spread amid the grass. It is hidden among the region’s many canals.

Ghost towns have an eerie beauty about them, and Al Madam is no exception. The settlement, which is roughly 40 miles southeast of Dubai, was most likely established in the 1970s and deserted soon after, which local mythology credits to djinn (shape-shifting ghosts) driving residents out of town.

The St. Augustine Lighthouse is visited by about 216,000 people each year, yet it is equally well-known for its otherworldly visitors. Several terrible events at the now-historic site are thought to have contributed to the reported paranormal activity.

Wait until you hear the story behind Gunnuhver, Iceland’s largest geothermal mud pool, if you didn’t already think it had an otherworldly feel about it. Gunna, a woman who resided on this part of the Reykjanes Peninsula 400 years ago, inspired the name.

Her soul returned home after dying of starvation to murder her old landlord and his wife. The townspeople summoned a priest to fix their ghost problem, which he accomplished by dumping Gunna into a boiling hot mud pool.

While no other supernatural killings have occurred since then, some tourists claim to see Gunna’s ghostly figure from time to time through the billowing mist of the pools.

Savannah is essentially one big ghost story, with weird mysteries surrounding everything from public parks to breweries. Few metropolitan places, however, elicit as much veneration as Bonaventure Cemetery, which is brimming with melancholy Spanish moss and time-worn Victorian monuments.

A vacation to Beijing isn’t complete unless you see the Forbidden City, China’s former royal palace that is now a museum. However, you may be surprised to learn that the renowned tourist location has quite a reputation among supernatural fans.

During its 600-year reign as a palace, the complex saw its fair share of killings, whether by envious concubines poisoning one another or executions at the emperor’s command.

This Irish castle, built between the 13th and late 15th centuries, has witnessed more horrible deaths than a Game of Thrones wedding. According to folklore, during a power struggle within the O’Carroll dynasty (which was known for poisoning dinner guests), one member thrust a blade into his brother—a priest—while he was holding mass in the castle chapel.

Ghosts are supposed to haunt the Oriental Theater (originally the Iroquois Theater) in downtown Chicago’s Loop neighbourhood, where over 600 people died in a fire in 1903.

Despite the fact that the theatre had been entirely rebuilt and refurbished, the souls of the dead remained: Apparitions have been reported in “Death Alley,” the street behind the theatre where victims were piled following the accident.

Poveglia Island, located less than half a mile from Venice’s canals, has served as a quarantine zone for bubonic plague victims, a storage location for Napoleon’s munitions, and the location of an early twentieth-century mad asylum.

The Castle of Good Hope is a vast castle at the shores of Table Bay in Cape Town that dates back to 1666, making it South Africa’s oldest colonial edifice.

Originally built as a ship replenishment station by the Dutch East India Company, the location also served as a military fortification and prison during the Second Boer War, which lasted from 1899 to 1902.

The RMS Queen Mary was a luxury ocean liner from 1936 to 1967, with the exception of a brief tour as a warship during WWII. It was the location of at least one murder—a sailor being crushed to death by a door in the engine room—and children drowning in the pool during that time.

The lavish palace was erected between 1871 and 1887 for William Larnach, a renowned New Zealand politician. The most remarkable structure is a 3,000-square-foot ballroom that Larnach erected as a 21st birthday present for his favourite daughter Kate, who died of typhoid at the age of 26 and is supposed to haunt the ballroom.

In 1857, Thomas Whaley built this family house on the site of San Diego’s first public gallows. He recounted hearing the heavy footsteps of “Yankee” Jim Robinson, a vagrant and thief who was executed on the location four years before the house was completed, shortly after he moved in.

You don’t have to be religious to be affected by La Recoleta Cemetery, which contains thousands of statues, fantastical grottoes, and elaborate tombstones, as well as the ashes of Argentina’s most renowned figure, Eva Perón. The stone paths and mausoleum maze are as lovely as they are spooky, and Recoleta has its own haunted legends.

Crumlin Road Gaol, a Victorian-era prison in Belfast, is reputed to be one of Northern Ireland’s most haunted places. Known as Europe’s Alcatraz, the jail housed 25,000 detainees (men, women, and children) over its 150-year history, publicly hanged many prisoners, and buried their bodies within the prison walls.

This chateau-style hotel, built in 1888 to stimulate tourists and sell train tickets, lies lovely by the Rocky Mountains in Canada’s Banff National Park. But once inside, it becomes a little more Gothic—and we’re not talking about the architecture.

According to the Calgary Herald, there are several resident spirits, including a bride who is said to have fallen down the stone staircase during her wedding.

Haw Par Villa is a 1930s theme park in Singapore that is the polar opposite of Disneyland. Its colourful entrance of Chinese arches appears benign enough, but once inside, you’ll notice that the park is decorated in over 1,000 statues, each crazier than the previous.

The beautiful ruins of Bhangarh Fort, located approximately 100 miles southwest of Delhi, stand out against Rajasthan’s barren terrain. The oasis is still mostly deserted due to an alleged curse set by a frustrated sorcerer after his adv

5 Quick Tips To Help You Choose The Perfect Hotel!

Flights From London To New York