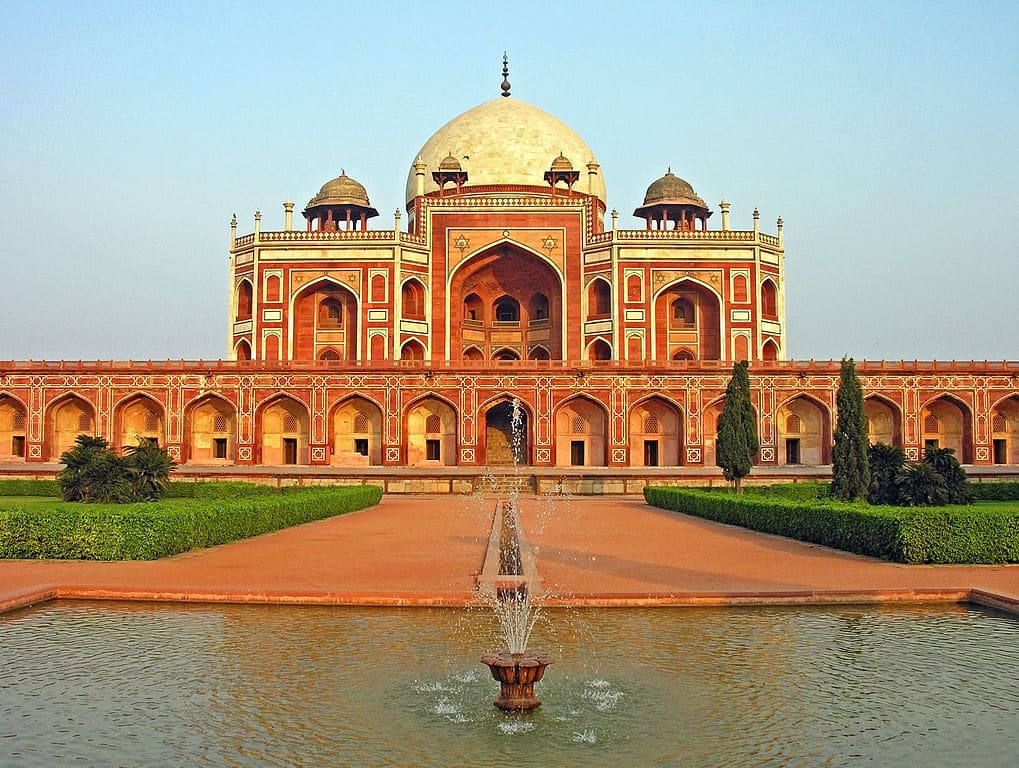 The splendid mausoleum was built in the memory of Emperor Humayun, the second Mughal ruler to ascend the throne.

This tomb in Delhi is one of the great Mughal architectures and its unique beauty is said to have inspired several major architectural innovations.

Located in the eastern part of Delhi, Humayun’s tomb is a fine specimen of great Mughal architecture. This magnificent mausoleum was the first garden-tomb on the Indian subcontinent.

In the 16th century, after the death of Mughal Emperor Humayun, the tomb was commissioned by his first wife, Hamida Banu Begam, and was designed by the Persian architect Mirak mirza Gayis.

It was declared a UNESCO World Heritage Site in 1993.

The tomb is an example of Charbagh a four-quadrant garden divided by four parts of flowing water as represented in the Quran. The mausoleum stands on a high, wide, and massive terraced platform about 8m high.

It is an irregular octagonal with chamfered edges and four long sides. The tomb is a double dome of about 42.5 m clad with white marble while the rest of the building is made up of red sandstone with white and black marble and yellow sandstone detailing.

The entire garden and tomb are enclosed within high rubble walls. The garden has two entrances, the west gate, and the south gate. At the eastern wall lies a baradari, a building or room with twelve doors, and on the northern wall lies a hammam, a bath chamber.

The last Mughal Emperor Bahadur Shah Zafar II took refuge here but was captured by Captain Hudson before being exiled to Rangoon.

How to reach Humayun’s Tomb?

Nizamuddin Railway Station is about 2.2 km away from Humayun’s tomb. Depending on the city you are coming from across India, you will numerous trains arriving at Hazrat Nizamuddin.

The Indira Gandhi International Airport in New Delhi serves both domestic and international operations and is about 25 km from the tomb.

The visiting hours are between sunrise to sunset.

November to March is the best time to visit the tomb.

Foreign – for visitors other than the countries above:

Things to do at Humayun’s Tomb:

Places to visit near Humayun’s Tomb:

Q.What are Humayun’s tomb timings?
It is usually open from sunrise to sunset.