Explore Lonavala: The Jewel Of The Sahyadri Mountains

With a panoramic view of the lush green surroundings of the Sahyadri ranges, Lonavala is a perfect getaway from the crowded metropolitan life in Mumbai.

This popular hill station is located in the western region of the state of Maharashtra, which is situated 106km southeast of Mumbai and at an altitude of 625m above sea level.

This town has been famed as a health resort away from the loud hustle and bustle of the city keeping in mind its fresh, unpolluted environment and pleasant climate which stays all year round.

The peaceful environs of this town attract tourists from all over the globe by the drove annually.

Lonavala derived its name from the two Sanskrit words, “Len” and “Avali” which means “The resting place of the series of carved-stones.” The forts surrounding the Lonavala Hills are proof of the glory of the Maratha reign.

In ancient times, Lonavala had the reign of the Yadav kings until the Mughals took over, and realized the region’s strategic importance whilst retaining their rule over there for quite some time.

How To Reach Lonavala?

All express trains plying between the two main cities (Mumbai and Pune) stop in Lonavala as it is on the main railway line.

Being a place between Mumbai and Pune, Lonavala has good connectivity with state buses, private coaches, and luxury buses.

Best Places To Visit In Lonavala:

It is an unusual name given to this place due to its resemblance to the shape of a tiger leaping into the valley.

It is around 8km from Lonavala and a major tourist attraction giving a comprehensive view of the hills and the ghats. The echo point here is another major fascination.

It is a dam built on the Indrayani river and another major tourist attraction which cheers you up especially during the monsoons which are the ideal time to visit it.

This place is a hit among people living in nearby areas as they flock in large numbers during the weekend to see the overflowing water over the steps of the dam and then through the rocky terrain.

Even though swimming is prohibited there one can always enjoy near the steps.

Rajmachi Fort lies at a distance of 15km from the hill stations of Lonavala and Khandala. It’s known for its ancient remains, strategic location, and amazing natural beauty of deep valleys and green forests.

Being surrounded by a vast plateau, it comprises two fortresses namely Shivardhan and Manaranjan and one can easily spot the Bor Ghat which was an important trade route between Mumbai and Pune in the past.

It is also known as ‘Bale Killa’ and is constructed on top of the Shrivardhan Peak at the height of about 3000 feet.

This fort located amidst the Sahyadri mountains is a popular destination amongst nature lovers and tourists for trekking.

This beautiful township is located at a distance of 24km from Lonavala, in the district of Pune.

The 10,000-acre hilly terrain that the township now occupies has been developed by Sahara India Pariwar is converted into a striking landscape through designs having an urban infrastructure compatible with international standards.

Its luxurious urban infrastructure and reposeful ambience make it an amazing weekend getaway for people seeking a peaceful escape.

With three artificial lakes in the vicinity, one can indulge in water sports and various activities arranged regularly.

There are several hotels and villas here with a beautiful view of the lake waters and the green forests. 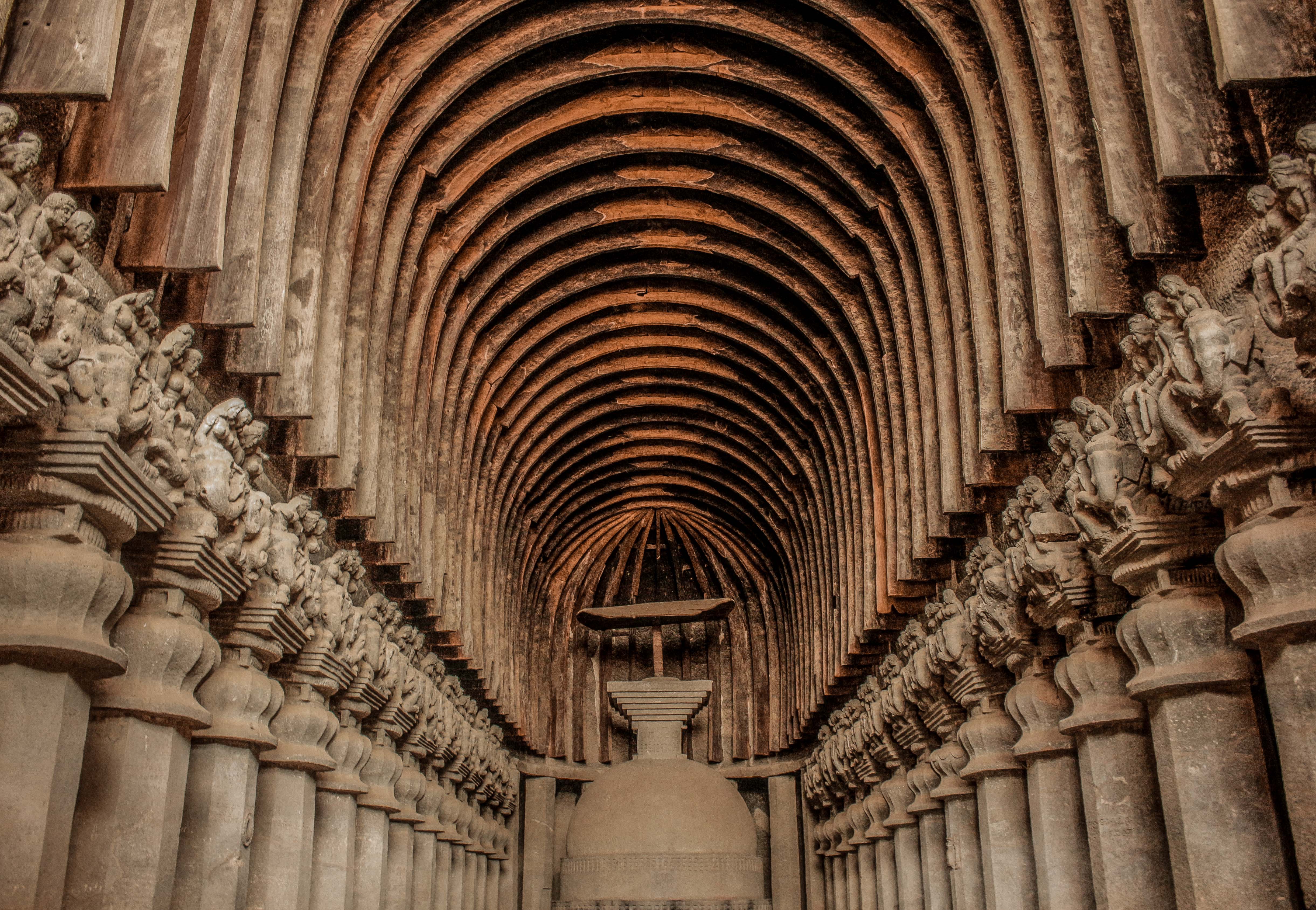 Carved from a rocky hillside, the Karla Caves are among the oldest Buddhist cave shrines in India, located on the Mumbai-Pune highway.

It constitutes an immense collection of beautiful Chaityas(halls) and Viharas(monasteries) depicting some amusing stories of the past.

One has to climb nearly 150 stairs to reach the cave. The caves, also known as Karli Caves or Karle Caves were of great importance to the Mahasamghika sect of Buddhism before they became relevant to Hinduism.

The early Buddhists believed in settling the monasteries close to the major trading routes in order to provide shelters to the travelling traders. Owing to its historic significance, the cave is a protected monument under the Archaeological Survey of India.

Duke’s nose is a popular tourist destination located about 7km from Lonavala. The name was derived from the Duke of Wellington, whose nose resembled the shape of the cliff.

The landmark is hugely famous for hiking as well as to get a panoramic view of the beautiful Sahyadri ranges while serving as an ideal picnic spot for tourists exploring Lonavala.

One can also get a picturesque view of the Duke’s Nose from the Sunset Point in Khandala and then proceed towards the cliff in Lonavala. Tourists also witness several waterfalls gushing down the Sahyadri Ranges during monsoons.

Located at a distance of 75km from Mumbai and 91km from Pune, Adlabs Imagica, opened in April 2013, is one of the most popular entertainment theme parks that is often referred to as a one-stop recreation center.

This park near Khopoli is divided into three entertainment zones namely Theme Park, Snow Park, and Water Park with plenty of entertainment options that include live shows, roller coasters, and the famous Imagica parade.

The months of October to May marks an ideal time for vacationers to visit Lonavala because of its cool environs soothing your senses.

However, it is advised not to visit Lonavala during the monsoons i.e between the months of June and September as it experiences heavy rainfall during this time.

Ans. Lonavala is famous for the production of ‘chikki’ which is made from nuts and jaggery. Don’t forget to stop by Maganlal’s Chikki store to buy some delicious fudges, candies, etc.

Ans. Auto-rickshaws, buses, and taxis are easily available for transport within Lonavala.

Ans. The delicious local treasures include everything from Masala Chai and spicy Vada Pav to Bhajiyas. Being a part of Maharashtra, it will be unfair to mention the famous mouth-watering Maharashtrian Thali.

Ans. The months of October to May marks an ideal time for vacationers to visit Lonavala because of its cool environs soothing your senses.